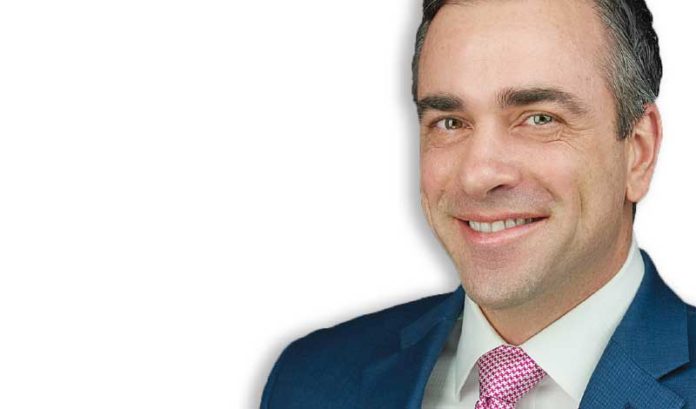 You can expect every block on Garden State streets to have one: a McDonald’s, a Starbucks … a potential law firm client.

In various estimates, it’s said that New Jersey is home to at least 17,000 franchise establishments, amounting to many billions of dollars in economic output each year.

Maybe the only secret behind how much of a big business franchising is in New Jersey is this: The numbers are just as appreciable for those doing franchise law — attorneys protecting the interests of either side of the equation. There just hasn’t always been much touting of franchise law specialties among the portion of New Jersey law firms doing it.

“But people are starting to realize this has been a huge growth industry, one that can touch on much more than the old-school fast food restaurant franchise businesses,” Bryan Couch of Connell Foley said. “It’s gyms, hotels — and it’s everywhere. So, lawyers have to follow.”

Couch leads the franchise law efforts at Roseland-based Connell Foley, which only last year formalized its existing expertise in this area with the launch of a Franchise and Distribution Practice Group. The expanding practice group assists brands from all over with the myriad challenges encountered in the world of franchising.

“Just like any commercial relationship, the relationships between a franchisor and franchisee can sour,” Couch said. “One of the issues that comes up a lot is one of those relationships coming to an end, but franchisees continuing to use protected (trademarks or products) that they’re no longer allowed to use.”

Franchise law issues run the gamut: Hotel franchisees not complying with an agreement to update their property in some way, fast-food franchisors not upholding commitments do a certain amount of advertising … there’s too many contract breach situations that end up in legal battles to name, regular players in the space say.

Lawyers also are needed from the outset for businesses wanting to establish standardized practices, policies and agreements to keep customer experiences consistent once they decide to start franchising out their brand. Getting proper documentation in order also involves some input from attorneys on regulations and state-specific statutes.

The complexity of navigating all this — combined with the sheer number of franchise businesses in the state, a figure which continues to grow — has made expertise in franchise law more in-demand, according to Robert Brady, the longtime leader of the franchise practice at Gibbons P.C.

“And this is an area that I expect we’ll keep seeing astronomical growth in,” Brady said. “Part of that is an increasing recognition that the franchise system allows people to get a turn-key business and realize a dream without taking everything on themselves.”

Despite that, Genova Burns partner Charles Messina, who has a great deal of experience with franchise law issues, finds it a little surprising that more law firms in the state haven’t already started talking up their expertise in this field.

“I think a part of that is that, by and large, people like to think that franchisees and franchisors have good relationships in the state, especially as businesses on the whole are doing well,” he said. “And the economy does have so much impact on this. We could start to see the impact of that this year with food prices going up.”

Downturns in the economy can be the time when franchise law disputes start to manifest with more routinely. That happened during the last major recessionary period, Messina said.

“I was working with a large real estate brokerage franchise system from the franchiser end,” he explained. “After 2008, the real estate market of course was experiencing problems, and lot of litigation arose because franchisees just weren’t making money and it was hard for them to keep up with franchise fees and be profitable.”

Outside of times when franchise disputes accelerate, one difficulty for boutique firms in securing regular franchise law work is that while there’s a significant number of franchisees, New Jersey doesn’t have an overwhelming plethora of franchising corporations based here, Messina added. And large firms typically refrain from assisting both sides of franchise agreements due to potential conflict of interest situations.

Brady believes more firms in New Jersey actually do some level of franchise law work than those marketing it.

“That’s because most lawyers may think of it as a run-of-the-mill contract or just another commercial litigation matter they’re equipped to handle as well as any other, but they would do a disservice to clients not to fully understand the state’s particular statutes (pertaining to this area of law),” he said.

New Jersey also has an exclusive jurisdiction provision that says the legal bouts of a franchising business are constrained to the state’s courts, even if a franchisee is several states away. That’s just another reason that the amount of demand for local legal counsel among both sides of franchising partnerships has kept ballooning.

Couch said the local experts in the field are a somewhat tight-knit bunch — most know each-other by name. In the future, that might be less the case.

“It’s hard to put a finger on whether there’s a lot of new, younger attorneys looking at this as a growth area,” he said. “But what I can say is that conferences that cater to this practice have grown steadily over the years in terms of attendance. So that tells me that there’s a lot more attorneys today paying attention to this.”

Ask the Experts: Breaking down the Paycheck Protection Program

Many of state’s law firms seeing revenue increase, according to survey