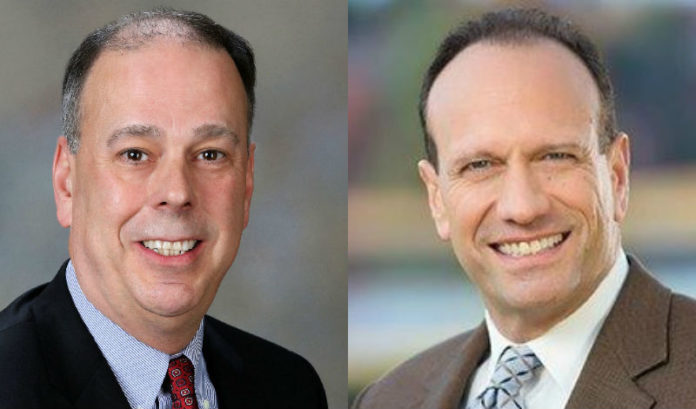 Robert C. Cantwell, CEO and president of Parsippany’s B&G Foods, is retiring in April, the company announced this week.

B&G, maker of products such as Cream of Wheat, Green Giant and SnackWell’s, said in a news release that Executive Vice President and Chief Operating Officer Kenneth G. Romanzi will take over as CEO and president upon Cantwell’s retirement April 5.

“Bob Cantwell has been a key member of our management team for more than 35 years,” Stephen C. Sherrill, chairman of the board of directors, said in a prepared statement. “During Mr. Cantwell’s tenure, B&G Foods has completed more than 20 acquisitions and grown from a small, regional pickle company to a leading public food company with a diverse portfolio of iconic brands.

“As chief executive officer over the last four years, Mr. Cantwell has transformed B&G Foods by completing six acquisitions, including the Green Giant acquisition and the spices & seasonings acquisition, the two largest acquisitions in company history, and the company’s net sales have approximately doubled during Mr. Cantwell’s tenure as CEO.”

Cantwell has been with B&G for more than 35 years, including 23 years as EVP and chief financial officer and more than four years as CEO and president. He is expected to remain with the company in an advisory role, it said.

“It has been an honor and a privilege to serve as president and chief executive officer and chief financial officer of B&G Foods over the last 35 years,” Cantwell said in a statement. “I am very proud of the tremendous growth we have achieved over that time, and would like to thank my senior leadership team and each and every employee of B&G Foods. We could not have achieved this growth without their extraordinary efforts.”

Romanzi will take over as CEO and president, in line with the company’s 2017 succession plan, and also serve on the board. He joined B&G in December 2017 after serving as president, fresh foods, with WhiteWave Foods Corp. He has also held executive roles with Ocean Spray Cranberries Inc., Hasbro Inc. and Ultimate Juice Co., among others.

“I am truly honored and humbled to follow Bob Cantwell as president and chief executive officer of B&G Foods,” he said in a statement. “I am very appreciative of the tremendous support that Bob and the board of directors have provided to me and the confidence they have placed in me. I have learned a lot from Bob and the other members of the B&G Foods management team over the past year, and I look forward to continuing B&G Foods’ mission of bringing delicious food from our family to yours.”