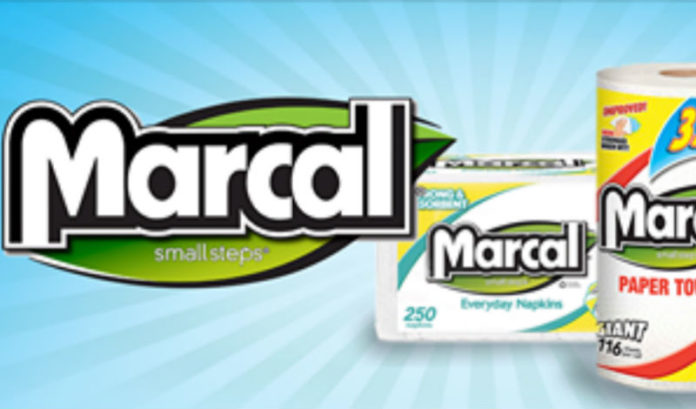 Company leaders and elected officials are working to get a handle on the devastating fire at the Marcal plant in Elmwood Park that started around rush hour Wednesday.

The ten-alarm fire was so large — stoked by the wind and the weather — that it could be seen in New York City and on Long Island, according to reports. It also was visible on weather radar.

All of the pertinent questions — including the cause of the fire and the extent of the damage — are still to be determined. The plant, which collapsed along with its iconic Marcal sign, employs approximately 200 people.

Elmwood Park Police Chief Michael Foligno, who has worked in town for 30 years, told NJ Advance Media that the paper products company has its own fire brigade because of the regular occurrence of fires. Foligno, however, said that wasn’t enough — mainly because of the cold, windy weather.

“They have their own fire brigade for a reason,” he told NJ Advance Media. “Paper, paper dust, electric and stuff. Fires happen there. It’s inevitable. Nothing catastrophic, because their brigade’s good and our fire department is outstanding.

“I firmly believe that, had the winds not been the way it was last night, that we wouldn’t be talking right now.”

Gov. Phil Murphy is expected to tour the scene and give a statement Thursday afternoon.

Rob Baron, CEO and president of Marcal parent Soundview Paper Co., issued the following statement, thanking first responders for their efforts while celebrating the fact there were no fatalities:

“On Wednesday afternoon, a devastating fire engulfed our mill in Elmwood Park. In the hours that followed, first responders from multiple surrounding communities exhibited extraordinary bravery, commitment and skill — risking their lives fighting this terrible blaze in frigid conditions. We are enormously grateful for their selfless service.

“The full extent of the damage to our facility is not yet known, but we know the impact will be incalculable to the lives of our dedicated workers and our business as a whole. We are fortunate and thankful that none of the nearly 200 employees working at the mill at the time of the fire were injured, and we are assisting the first responders on site in every way we can.

“Our top priority in the coming days and weeks will be to support our associates at Marcal whose lives will be directly impacted by this disaster. We will have further updates as the situation unfolds.”

The company describes itself as follows on its home page:

Based in Elmwood Park, New Jersey, Marcal, a Soundview Paper Company, is proud to be one of the oldest environmentally friendly paper companies in the U.S.

For over five decades, Marcal has been reducing landfill by making our paper products from recycled paper. We use paper collected from residential neighborhoods, from the small blue baskets in office buildings, from unwanted junk mail, and waste from printers–all in an effort to do something good, to produce something that people need from this discarded paper.

Marcal is an integral part of the northern New Jersey community. Our company uses recyclables from local municipalities and recycling facilities for our paper recycling process.