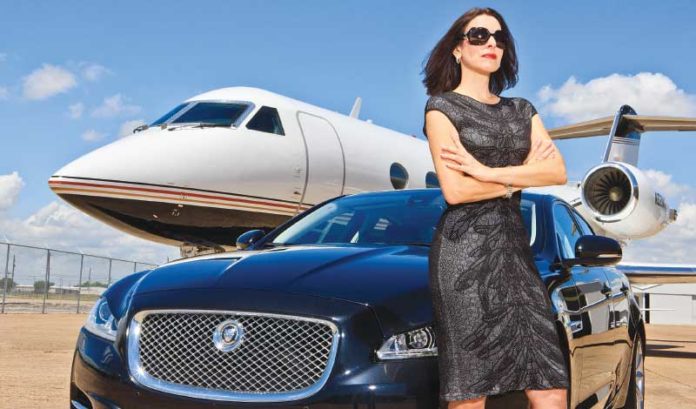 Janine Iannarelli has stayed in the aircraft resale industry her entire career for good reason, she said.

“It’s a dynamic industry filled with interesting people, with something different and challenging to address every day,” she said. “I find all of that invigorating and exciting.”

For the last 22 years of her nearly 36-year career, Iannarelli has been running her own international business aircraft marketing firm between Ridgewood and Houston, Texas, continuing her reign as a top female representative selling and purchasing business aircraft.

“Par Avion Ltd. was simply the next step in the career of an aircraft salesperson who wanted to take it to the next level,” Iannarelli, founder and president, said.

As an undergraduate at Montclair State University, Iannarelli visited the school’s career resource center to meet and accept a part-time position with the founder of AMSTAT, a market research firm for business aviation aircraft in Upper Montclair.

Upon graduation, she accepted an account executive and market research consultant role with the company, which is headquartered in Tinton Falls today.

“That job gave me great insight into the rest of a niche industry that is still not really well-known,” Iannarelli said.

It also opened doors for her to meet with those actually engaged in the buying and selling of aircraft, leading to her next role as vice president of sales and marketing with AeroSmith/Penny, an aircraft dealer in Houston, Texas.

In what is still a male-dominated industry, Iannarelli said it was that company who helped her find her own wings to fly.

“They were wonderful in helping me develop my career by providing me with every opportunity to be a rainmaker,” Iannarelli said. “I attended all the trade shows and had the knack of connecting with people over the phone to then engage them in transactions.

“I made a reputation for myself as a dealmaker.”

Then, after nearly 13 years with the company, Iannarelli said she simply had maxed out her learning and earning potential and began to look at her available options.

“Starting my own company appealed to me the most,” she said.

Since 1997, Par Avion Ltd. has worked both domestically and with strategic marketing partners in Western Europe, Africa and Asia as well as in Canada and Mexico to assist in the buying and selling of business and private jets.

“When I started my own business, while it felt a bit like starting over due to the fact that there are always people who will smile at your face but then stab you in the back, there were more champions of who I was and what I was doing than less,” Iannarelli said. “It was a hard row to hoe, but I already had a great foundation. I walked the walk, talked the talk, was well-educated in the subject matter and I came prepared.

“I don’t enter into a scenario unless I know more than the opposing faction and that, I believe, is enough to help one prevail in any transaction.”

Prevail she did: Iannarelli currently employs two to help her deal in aircraft between $3 million and upwards of $60 million.

“The aircraft sales business is small,” she said. “We don’t grow to be massive organizations, because the economies of scale are not there and it is a very capital-intensive business.”

Still, if this year is anything like the last, Iannarelli said she would like to add an additional employee at both the Ridgewood and Houston offices.

“We completed roughly 10 transactions last year, with a nice mix of small and large aircrafts,” she said. “But, if we have three or four complicated but profitable sales in a year, that may be good enough.

“For example, I’m in a very complicated sale right now that has consumed my energy for the last five months.”

The challenges and obstacles to get deals to the finish line can be quite complex, Iannarelli said, especially when dealing with cross-border transactions.

“To fully understand the chain in which an asset travels is difficult,” she said. “We rely on a lot of third parties, between lawyers, escrow agents, financial institutions and more, to have the protocols in place and the means by which to identify clients we can and cannot do business with.

“That is important on a global basis, because there are many laws that you must adhere to.”

Iannarelli clearly has the know-how, having been inducted into New Jersey’s Aviation Hall of Fame in 2016 and honored as one of the most influential women of the year by both Houston Women Magazine and Enterprising Women Magazine in 2017.

In five years, however, Iannarelli said she hopes a well-seasoned employee will be ready and willing to take over her business.

“The aviation industry is doing its part to raise awareness of the need for more diversification in the industry, but more can be done to open the doors to those who have not yet been exposed to or given opportunities within the industry,” Iannarelli said. “Especially young women, who may not have known or been made to believe there is a job for them here.”