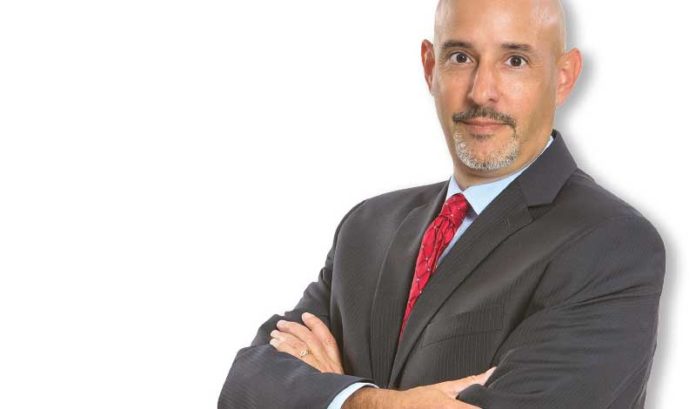 Officially, Richard Miller is a lawyer. But, because of what he deals with in the areas of estate planning and elder law at Mandelbaum Salsburg, he’s a wealth manager, too.

And he brings to that de facto role a different perspective than most. There’s a trend that he thinks could be more important than taxes or anything else today in determining the future of family finances, and that’s how increasing numbers of multiple marriages paired with inadequate planning can wreak havoc on a household’s assets.

“This is the first generation in which it is not uncommon for seniors that are growing older and, perhaps, passing away, to be involved with blended family situations,” Miller said. “When I was growing up, my grandparents’ generation had very few divorces. Today, second or third marriages are not unusual at all.”

With that comes ancillary issues that can affect money as it’s being passed down to future generations, issues such as the children from prior marriages, aren’t anticipated or expected to happen.

As the amount of elderly individuals in these situations increases, so too will the amount of issues arising in the transfer of wealth in New Jersey families, Miller believes.

“And, all too often, people have a false sense of security that things will just work out,” he said. “It doesn’t always.”

Hence the predicaments that Miller runs across, such as a second marriage spouse making a deathbed decision to leave the entirety of the millions generated by a spouse to charity, disregarding all of the children from the spouse’s first relationship.

Sad but true, Miller said, is that often what’s overlooked is that, as soon as the first partner in a married couple passes away, wills can be changed in a way that neglects to include offspring from a prior marriage.

And, there’s a related topic that’s not easy to talk about that similarly gets missed, he said.

“And that’s who will be responsible for the funeral arrangements — is the person going to be cremated? Where will they be buried?” he said. “If there’s a disagreement as who’s going to make those decisions, someone like a funeral director won’t know who to take directions from.”

But perhaps most important aspect in wealth planning that Miller would like to see more attention paid to is how the cost of long-term nursing care can factor into family assets.

Miller explained that, when someone has to go into a nursing home and apply for Medicaid, the determination of whether they’re eligible depends on the assets of the marital couple.

“So, if you have a situation with one partner bringing disproportionate assets to the marriage … they’re going to be exposed to the full cost of care,” he said. “Even if that individual did all the planning, such as a prenuptial or cohabitation agreement, that’s not recognized for the purpose of Medicaid eligibility in New Jersey. They are totally transparent, so all assets, regardless of whose name it is, are all viewed as being in a common marital pot.”

Miller just had a client in a dilemma that’s increasingly normal: A second marriage couple struggling to plan out long-term care costs because one person’s finances have an effect on the other’s.

“They’re even considering having to do a divorce to separate assets to do respective planning of their assets,” he said. “We might start to see more cases like this. So many people were worried about losing the wealth they’ve accumulated over the years to something like estate taxes. Now, that’s seeming completely secondary to their exposure related to long-term medical costs. As I see it, that’s really the biggest threat to wealth.”

The bottom line is that legal planning — having awkward conversations, expecting the unexpected — is as much a part of the wealth management equation as anything else.

“It all fits under the same umbrella,” Miller said. “And the best thing people can do is get appropriate legal counsel on this if they’re in second marriages or other blended family situations. They need to get the documentation in place to make sure their wishes are fulfilled.”