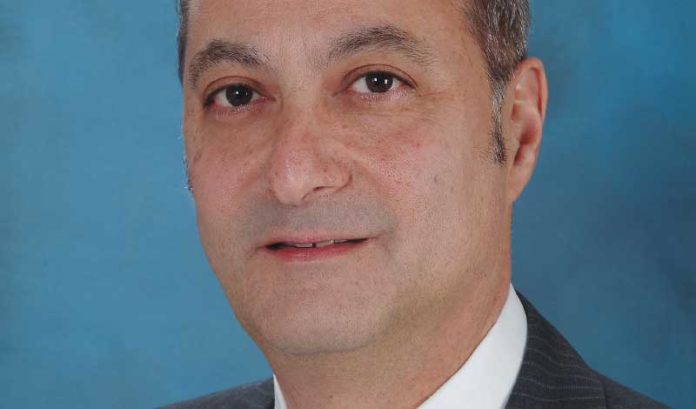 The head-spinning market gyrations that investors were treated to at the end of last year were dizzying, however much they were foretold.

Since 2008’s downward spiral, there had been a prolonged upswing in the stock market like never before. Analysts prognosticated that record losses would follow those record gains — it wasn’t a stretch. And the dive the stock market took from September to the start of this year proved it true. Markets sank hundreds of points some days, amounting to some of the worst periods since the economic downturn a decade before.

If you talk to Fernando Garip, president of wealth advisory firm Wilmington Trust’s northern New Jersey region, he might try to convince you that it was.

“The way I see it, it was a healthy consolidation,” he said. “It really improved valuations for the investing public, and I think that makes it a needed pullback — no more than that. I don’t see anything that would cause more of an apocalyptic decline.”

Garip wasn’t exactly rooting for a cooling-off to calm the overheated stock market — no financial adviser would, of course. But he sees it as comfortably fitting into the category of an expected event.

“This feels like the pullback people were anticipating,” he said. “When you have markets down about 20 percent from highs, that’s pretty much the textbook definition of pullback. People like to talk whether it’s a correction or a bear market, but that’s basically just semantics. But it doesn’t mean calamity lies ahead; instead, valuations are normalizing.”

Some degree of economic slowing has been factored into share prices, he added, as the Standard & Poor’s 500 trades today at forward estimates that are at the lower end of the market’s historical range. Pricing was much more aggressive — unsustainably so, in Garip’s view — back in 2018.

Economic slowing to some degree is just what the Federal Reserve’s interest rate hikes over the past two years were engineered to do in order to keep inflation in check. President Donald Trump at times criticized the Federal Reserve for its role in the declining stock market.

“But the Fed has suggested that they’re going to potentially pause their rate increases here, to see if the market was discounting a real slowdown and to gauge inflation numbers,” Garip said. “Negative sentiment lately and the trade tensions that people are nervous about have also depressed prices. But I suspect the trade issue will begin to resolve itself through the middle of the year.”

Outside of a major unexpected event, or upcoming earnings reports from companies falling way short of expectations, Garip expects the equity market’s rebound — something that started to manifest in a several-week January rally — will be safe.

However, the sigh of relief could just as quickly turn into investors fighting to catch their breath again if a gradual recovery becomes another tumble.

Lloyd A. Sacks, a financial adviser at Bridgewater-based Sacks & Associates LLC, evoked an old adage when talking about the current conditions: The market likes to take the stairs up, and the elevator down.

And for how long the staircase upward will go on is anyone’s guess.

“The rebound could be short-lived,” Sacks said. “Investors know we’re in a bit of a different world. We’re at the tail end of the largest economic expansion in our country’s history. As everyone says, the way things were going for such a long period of time was unsustainable.”

Sacks takes the position that more of a downturn is almost certain, and for older clients with a shorter time horizon on their investments — that’s a reason to rethink where their money is parked.

“At least for those clients, I’m recommending a higher dedication to something like the fixed income market, and a lightening up of volatile equities such as tech names like Nvidia,” Sacks said.

As much as he’s a fan of the growth stories of some of these tech names, he’s advising a paring back of investments into them ahead of any more market turmoil.

“In this case, it’s better safe than sorry,” he said.

Garip’s own closing thought on the state of affairs in the market contrasts with that. He urges clients to actually increase their dedication to equities, if they’re so inclined, but he doesn’t consider now the time to decrease any allocations to equities.

“With valuations having come down quite a bit, there could be risk that you could miss a significant rally into later this year if you’re trying to time the market,” he said.

Captrust acquires Warren competitor with $107B assets under advisement