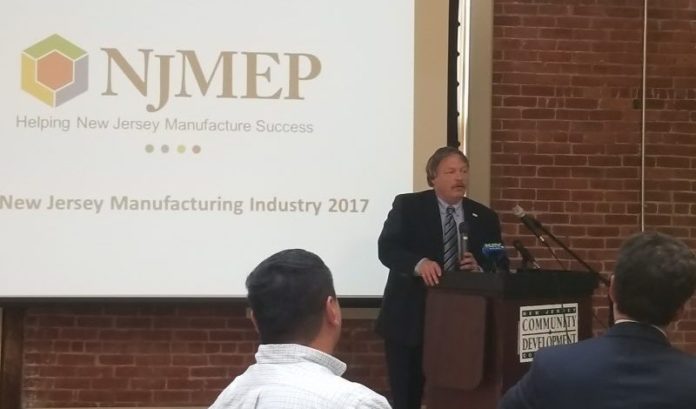 John Kennedy remembers driving around the corner and seeing a firefighter standing on the top of his building.

It was nearly 25 years ago — at a company that he eventually sold — but the head of the New Jersey Manufacturing Extension Program said the moment sticks with him until this day.

“The first thing I did was count heads,” he said.

He flashed back to that moment Wednesday night, when he first got word of the massive fire that was ripping through the iconic Marcal paper company plant in Elmwood Park.

“It is a tragedy,” Kennedy said. “Marcal is a company that has been in New Jersey for 80 years.

“Anybody who drives on Route 80 knows Marcal and loves looking at their sign.”

Whether that sign will ever be up again remains to be seen. The 10-alarm fire appears to have totaled the facility.

Whether the company will rebuild — whether it will rebuild in Elmwood Park — and what will happen to the more than 200 employees during what figures to be at least a two-year process, all is unclear.

Kennedy, working with officials from the Governor’s Office and members of the Manufacturing Caucus in the Legislature, has made it known his organization is there to help in any way possible.

Among other things, NJMEP could assist in placing workers, should that need exist.

But Kennedy, who has owned two manufacturing companies in his career, said he wants to be respectful in the process.

“It all depends on what Marcal wants to do,” he told ROI-NJ. “If they’re going to rebuild, then they certainly want to keep ties into their people. Are they able, through various means, to cover a certain amount of people’s salaries? I don’t know.

“That’s yet to be decided with Marcal. And you want to respect them. At the same time, if there are people back out on the street and they’re skilled manufacturing people, we can help.”

This is when the manufacturing sector in the state — much stronger and bigger than most realize — comes into play, he said.

“We’ve got our feelers out, we always do, not only to see if there places where workers could be retrained, but maybe there’s a plug and play for some of these individuals,” he said. “They’ve got a lot of experience, and that’s certainly needed.”

“We already know a lot of companies that need certain skillsets, but we don’t know the skillsets of the people at Marcal,” he said. “And, again, what happens then if Marcal rebuilds. We want to be respectful of that.”

Kennedy and his team have done this drill before.

“But, usually, it’s when we hear of a company that’s leaving and we have time to plan and work it out,” he said. “In this case, it could be an immediate situation for some of these individuals. They need an income.”

The only comparable time was after Superstorm Sandy, when companies were devasted without much warning.

Kennedy said how his group operates now — and how it operated then — is different. And for the better.

“The last couple of years have given us some different tools,” he said.

In addition to working with the Manufacturing Caucus — he noted state Sens. Linda Greenstein and Steve Oroho already are on the case — NJMEP is working with Labor Commissioner Robert Asaro-Angelo and members of various alphabet soup state groups, such as the EDA, DEP, DOE and BAC.

“I hope the (Department of Labor & Workforce Development) takes the lead,” he said. “We’ll work with them and see what has to be done.

That’s what he did when a fire hit his own company.

In that case, there wasn’t much of a work interruption. A few trailers solved that problem.

Kennedy said he quickly thought back to the day — something he does whenever he talks to companies about having a disaster plan.

But, as quickly as it came into his mind, it went out. Kennedy said helping Marcal became a top priority when he heard the news Wednesday night.

“My first thought was, hopefully they weren’t running the night shift and nobody’s hurt,” he said. “My second thought was worrying about the firefighters, because they won’t get the pats on the back, but to fight a fire under those conditions had to be amazingly difficult.

“My third question is, I know there’s over 200 people there. What are they going to do?”

NJMEP, he said, is ready to assist as needed.

“They’ve got a heavy lift,” he said. “And we’ve got to be ready to help them as soon as possible.”