Home Finance Fees in focus: Adviser says investors should be sure he and his...
Facebook
Twitter
Linkedin 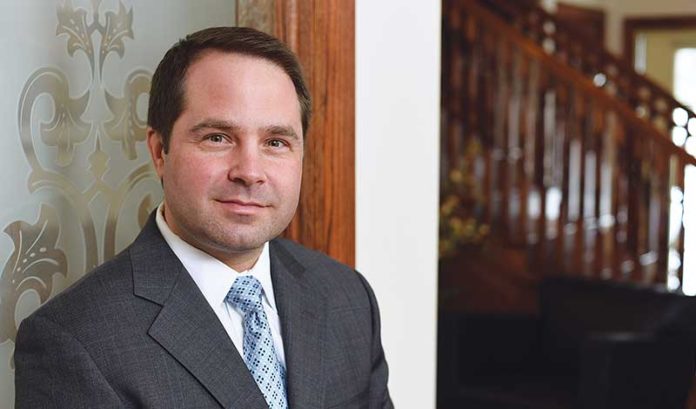 The fees associated with investment vehicles such as exchange-traded funds or even mutual funds have fallen dramatically. Financial advising rates also are becoming increasingly competitive.

This has happened over the course of many years. But wealth management expert Douglas James said, unfortunately, it would be news to some.

Investors have enjoyed ways to profit from financial markets for nearly a decade, James said. The past few years have offered up some of the best market gains in recent history. And, like a victory-rich empire, people generally did more celebrating than critical appraisals.

“We’ve had reasonably good markets since 2009 — a long run with people making money,” James said. “So, it’s understandable that people were less likely to question what was going on before, and whether they were spending too much on fees.”

James, managing director at Saddle River Financial Group, said things have changed after a year in which every major asset class was either negative or stagnant, with only money market funds experiencing decent returns.

“Whenever markets are volatile, as they have started to be, people put more of a spotlight on their investments,” he said. “It’s a time when people want to start dissecting what’s going on with their accounts.”

That re-evaluation is something James already has started to see. People have been inspired to start looking at what they’re paying in terms of fees across their investments, as well as how competitive their financial adviser’s rates are.

Not everyone is fully on board yet.

“People get comfortable; people are busy,” he said. “So, they stick to what they know. But they really shouldn’t.”

When it comes to the exchange-traded fund space, expense ratios are one of the most significant considerations for investors. It’s the total percentage of fund assets used for things like management and advertising the fund itself. The biggest issuers of these funds have started offering products that are essentially free, but high-expense-ratio products are still mixed into an investor’s pool of options.

Many passive funds charge low fees, but fees on some actively managed mutual funds can be north of 2 percent. Combined with advisory fees, James said he still finds people paying far too much — especially considering the uncertain moment in the market today.

“Because we’re in a mature market, you might be averaging in this environment 6 or 7 percent in returns at most over the next few years, but you may only be netting half that because of those fees,” he said. “People are coming to an awareness of how seemingly small fees can impact your financial planning when they add up over a long period of time.

“It can make a difference in your final outcome.”

Self-serving as it may come across, James believes the best thing is to sit down with an adviser — perhaps a different one than in the past — and look at things from a fresh perspective.

If nothing else, trust the recent market declines — now’s the time to shop around, he said.

“Whenever you’re paying for someone like myself to help you with your assets, you should expect to get something back,” he added. “An adviser should add value — it’s as simple as that.”