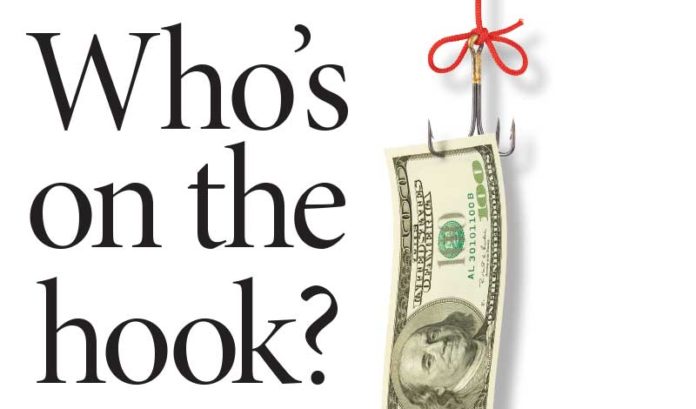 The headlines and talking points were easy: The state spent $11 billion on tax breaks for huge companies — with little to show for it.

But is that what the recently conducted audit of the New Jersey Economic Development Authority’s tax incentive program by the Office of the State Comptroller really said?

To separate fact from fiction, ROI-NJ turned to a powerful voice of the economic development community, the Smart Growth Economic Development Coalition, and a critic of public financial incentives, New Jersey Policy Perspective, to get to the truth about everything you want to know — or need to know — about the recent audit.

Here is Part One of our Q&A with them.

And here are some more answers, which didn’t make our print edition. Call it an ROI-NJ online extra!

A recently enacted law exempts companies who receive Grow NJ awards from paying taxes on those amounts. That hardly seems fair. Is that a double-dip?

SGEDC: Hardy a double-dip. First, some background on this subject: Grow NJ tax credits are only usable against corporate business taxes, known as CBT. Only ‘C’ corporations — usually large public companies — pay CBT. Small and midsized companies, on the other hand, usually are pass-through entities, such as subchapter ‘S’ corporations, LLCs and partnerships, that do not pay CBT. As a result, these companies must sell their tax credits. Tax credits typically sell for around 92 cents on the dollar, and a brokerage commission and a lawyer’s fee to paper the transaction might take the amount down to 85 cents. If that were not bad enough, the sale proceeds are treated as ordinary income for federal tax purposes, which reduces the net value of credits even more. And before the recent change in state law, the state of New Jersey piled on with its own income tax levy! So, the ‘tax exemption’ portrayed by this myth actually corrected the perverse act of the state treasury issuing tax credits with one hand and immediately snatching back a dime or so on every dollar as an ‘income tax.’ That’s some double-dip!

NJPP: I believe this question is pointing to the practice of selling tax credits on the secondary market, which is now exempt from taxation. Yes, like other states, New Jersey allows companies to sell their tax credits. In fact, three-quarters of grantees have taken full advantage of this option, netting about 91 cents on the dollar. I think the bigger issue here is that New Jersey’s overly generous tax subsidy program enables the sellers to receive far more money in subsidies than they actually owe in taxes. Even nonprofit corporations —which are exempt from state corporate taxes —can receive subsidies and then sell the tax credits, thereby boosting their own revenues. It’s a practice that needs to go —and soon.

Why does the Grow NJ program reward existing jobs at all? Shouldn’t awards only go for creating more jobs?

SGEDC: Recall first that an existing company threatening to leave the state must satisfy the ‘but for’ test, the ‘net benefit’ test and the ‘skin in the game’ requirement to be eligible for a Grow NJ award. But, that’s just the beginning. Under the program formula, an existing job garners only half the amount of money that is awarded on a new position. Moreover, if the company spends only a minimal amount on capital investment — an amount that’s closer to the applicable program minimum amount — the per-job award amount on existing jobs is further reduced, pursuant to a strict formula.

NJPP: Good question. NJPP believes New Jersey should eliminate state subsidies for existing jobs, given that the practice often ends up rewarding companies that threaten to leave New Jersey. It’s shortsighted, to say the least. That being said, more stringent standards to limit subsides for jobs that are supposedly at risk of moving to another state were put into place as part of the 2013 overhaul of the subsidy programs. Retained jobs are now eligible for half of the gross amount of tax credits for new jobs created at the same company. And the number of required retained jobs is now higher than the number of new jobs required at a relocating business. The EDA also added new rules to help ensure that professional-level service jobs are not eligible to be qualified as ‘at-risk’ jobs. But there is more that policymakers need to do, including placing a cap on the percentage of subsidy award —say, 10 percent of gross tax credits —that can go to existing jobs.

Should the Grow NJ program apply to low-paying jobs, or only high-paying jobs?

NJPP: If state government is going to be in the business of incentivizing economic growth, then the priorities of the entire population must be taken into account. That means encouraging business growth in economically distressed communities, local workforce development investments and jobs that pay above county median salaries, to name a few.

SGEDC: It is true that both unskilled and skilled jobs are rewarded under the Grow NJ program. After all, New Jersey needs blue collar jobs, too. But unskilled and skilled jobs are not rewarded equally under the program. Rather, there are controls built into the program formula that limit the award amount payable on low-paying jobs and, conversely, there are built-in bonuses that increase the award amount payable on high-paying jobs. Specifically, the total annual award amount under the program’s formula is capped in most parts of the state at 90 percent of the employer’s state withholding tax contribution. This cap has had the effect of reducing the amount payable on low-paying jobs by one-half to two-thirds of the award amount otherwise payable under the program formula. Further, to encourage the retention and attraction of high-salary jobs, there is a per-job bonus under the Grow NJ program for every 35 percent that the company’s annual median salary exceeds the host county’s median salary.

Has the Grow NJ program done anything to promote important public policy objectives?

NJPP: While Grow NJ has ostensibly attracted investment to the state, it’s arguable that the type of development it has spurred has not been the most beneficial for creating dynamic communities. For instance, in Camden, some of the more notable award recipients have been Holtec International, Subaru of America, and the Philadelphia 76ers practice facility. The only thing these developments have added to the city are jobs —and it is debatable what the value of those jobs are —but they’ve done little if anything to help generate foot traffic and attract visitors to Camden. In order for Grow NJ and future subsidy programs to be successful, they must do a better job of promoting the type of development that attracts visitors, induces a diversity of uses in its neighborhood, and furthers the goals of the community’s long-term development master plan.

SGEDC: Yes. The Grow NJ bonus structure has motivated companies to select locations and make other facility decisions that further a number of important state policy goals. For example:

Murphy on building temporary facilities and potential state lockdown: Not yet,...