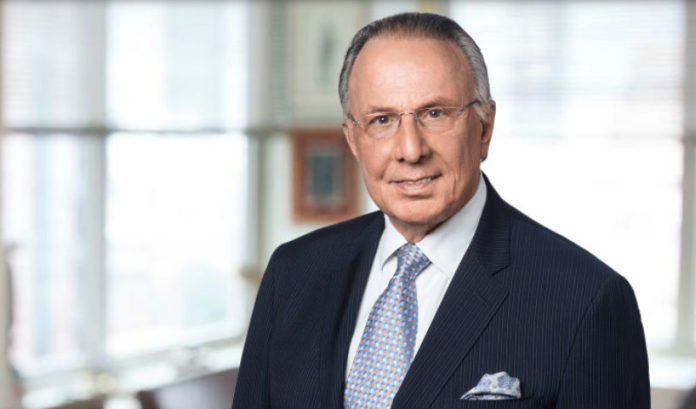 Nick Amato has been around the casino industry long enough to be knowledgeable enough to make this statement: Even though the Super Bowl marks the end of the football season — easily the biggest sports betting vehicle — sports betting in New Jersey will remain on the upswing.

In fact, Amato said, it will quickly take the national lead.

“I have no doubt in the short term that New Jersey will surpass Nevada,” he told ROI-NJ.

Amato, the chair of the Casinos and Gaming group at Newark-based Genova Burns, said the addition of sports betting is just one of three reasons why he thinks Atlantic City as a whole will continue to rebound.

“I think online gaming was the first (thing) that started to bring Atlantic City back, and sports wagering is the second,” he said. “And I believe strongly, having been there for many years, that the third thing is going to be e-sports.”

Amato, who served as the executive director of the Casino Reinvestment Development Authority in the early 1990s, followed by stints at Trump Hotel & Casino and Resorts International, said he is confident the casinos gained enough from football betting this fall to carry them through.

“It’s all about marketing, advertising, just like any business,” he said.

Sports betting was good business for New Jersey since it was legalized this summer. Amato said the handle was $1.247 billion in 2018.

Sports books in New Jersey took a rare loss on Super Bowl Sunday, paying out more than they took in due to the New England Patriots covering the 2.5-point spread, but bookmakers said the day was a win.

Joe Asher, the chief executive of William Hill US, which runs sportsbooks at two casinos and a racetrack in New Jersey, told the Associated Press that Super Bowl Sunday was by far the company’s biggest day ever in the state in terms of the amount wagered. More importantly, he said the company had a record day for mobile signups.

This is why Amato thinks the casinos ultimately will come out ahead, he said.

“If they had a good betting experience on the Super Bowl and they get the advertising right — as long as they don’t overdo it, like DraftKings and FanDuel did when they drove everybody nuts — they’ll be fine,” he said.

Amato thinks the casinos will soon have a few more options, too.

“They just approved betting on the Academy Awards,” he said.

These so-called novelty or prop bets can help the industry, he said. As long as they are on something with integrity.

“In my opinion, the next thing will be Miss America,” he said.

Amato doesn’t expect prop bets to bring in the big bucks. But they can bring in people who will bet big bucks on more traditional events.

“I don’t think there’s been a great demand for novelty bets, but the more people bet, the more they are going to look for more things to bet on,” he said.

“It’s like anything else: People want what is new, what is exciting, what is challenging — that’s what brings people to Atlantic City.”

That, and the fact that it’s legal.

Even though more states are approving sports gambling, the still-limited number — it’s at eight states now — means there is plenty of room for growth.

“Look at the numbers,” Amato said. “Ninety-five percent of sports wagering is still done with an unlicensed entity. There’s plenty of room to grow.”