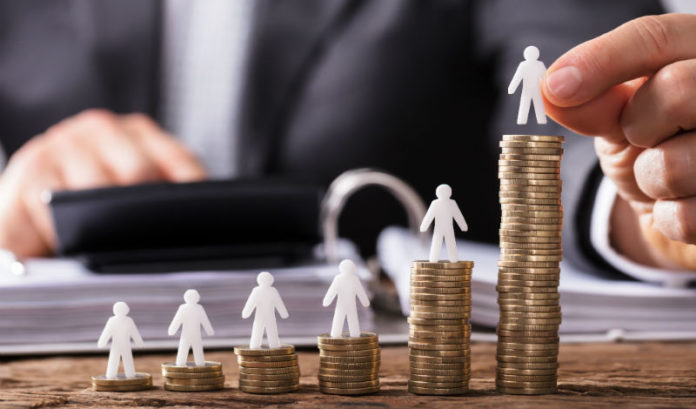 How companies respond to this new expense mandate, the latest of a series in the past two years, remains to be seen.

There is some degree of anticipated fallout — whether it is by increased automation, closures, moves out of state or layoffs.

But, by and large, the effects will only be known in five years, when the minimum wage reaches $15.

Those were the conclusions after talking to numerous business experts and owners.

For now, businesses will have to do a second cost-benefit analysis for the year to adjust paychecks for minimum wage employees to $10 in July, from $8.85, with another increase set for January 2020.

They will also have to choose what to cut or whether or not to increase their prices.

But that is all part of the regular routine of being in business, according to one expert.

“It takes ingenuity and tenacity to start a business,” said Lyneir Richardson, executive director of the Center for Urban Entrepreneurship & Economic Development at Rutgers University.

“Small businesses will adjust to the minimum wage law. They have five years or more to do so. Entrepreneurs figure it out. They find a way to battle it out.

“The only response is to figure out how to reduce costs in some other way or increase the price you can charge for goods and services.”

Other options include renegotiating supplier contracts or vendor contracts, negotiating rents or finding new, cheaper locations — including moving out of the state — or removing services and products.

Most of these strategies will be easier for larger companies, which can absorb and shift costs, or for startups and tech companies, which already tend to pay better than $15 per hour in salaries. It figures to be harder for smaller shops and food spots, as well as manufacturers.

In the last two years, businesses have had to deal with expanded paid family leave, paid sick leave, an increased corporate business tax and nuclear subsidies, among other things, she said.

“All these things are payroll hits,” Siekerka said.

And the impacts are already being felt.

“I’ve got a local manufacturer here in Trenton whose accountant told him already last year that, for the first time, given all the costs — and this is before minimum wage — he can go across the border and have his return on investment within two to three years,” Siekerka said.

“That includes moving equipment — that is expensive. That’s how high the cost here has gotten.”

And some manufacturers have additional problems stemming from the federal level. Some are still dealing with effects of trade tariffs; meanwhile, others, in light of the additional state-mandated expenses, are stuck with the inability to renegotiate multiyear contracts with federal agencies.

“They could be feeding the defense industry, and they are competing across the country for contracts,” Siekerka said. “They don’t know where they are going to make up the difference. So, that means laying off because they have no choice in making up the difference.”

And, while New Jersey isn’t the first place to phase in a $15 wage, the effects in most places are yet to be determined.

“There’s another important piece when comparing ourselves to other states,” Siekerka said.

“We are, unfortunately, the worst business climate right now in the country. So, when we talk about comparing how other states are reacting to this, they don’t have all of the other compounding factors that we have here in the high-cost state of New Jersey. That cannot be ignored. You cannot do apples to apples, because we are a lemon.”

That being said, maybe the good of a better-paid workforce will outweigh any negatives.

“I so want to be wrong,” Siekerka said. “I want to wake up a year from now and I want to see a thriving economy. I don’t want to be right on these things. I’m not out there to be a Debbie Downer on this issue. I am merely channeling the real, deep-rooted concerns that the business community is sharing with us, given that this is all-compounding.”

For now, Richardson said, the key is to keep a close watch.