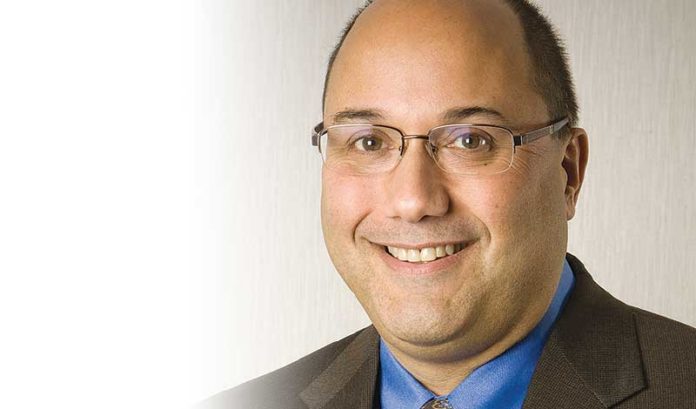 Lou Cooperhouse, the former co-founder, president and executive director of the Rutgers Food Innovation Center in Bridgeton, is embarking on his most ambitious endeavor, more than 3,000 miles from home.

Cooperhouse has been quietly making waves as co-founder, CEO and president of Blue Nalu, a San Diego-based company that, if things go according to plan, could forever change the seafood industry. Blue Nalu’s mission is to be the global leader in cellular aquaculture, providing consumers with great tasting, healthy, safe and trusted seafood products that support the sustainability and diversity of our oceans.

Cooperhouse, who earned his B.S. in marine biology and M.S. in food science at Rutgers University, where he also served as a professor, says this ambitious effort is dedicated to raising “clean” options for global consumers who are eating more seafood than ever before. Blue Nalu officials say its plan for cultivating this new endeavor will counteract the effects of overfishing, illegal fishing, rising ocean temperatures and other environmental challenges that has cut the marine-species population in half since 1970.

Cooperhouse and his team have announced Blue Nalu’s nine-member advisory board, which includes leaders at the forefront of ocean health, nonprofits, academia and multinational organizations, including Camden-based Campbell Soup Co., Nestlé, the Prince Albert II of Monaco Foundation and the Culinary Institute of America, to help in its efforts.

“With our extremely ambitious mission, it is essential that we have a global, diverse set of advisers providing us with their insights and expertise,” Cooperhouse said. “As eminent industry leaders with tremendous experience, these advisory board members are all excited to join us, not only because of the potential of producing various species that we can bring cleanly into our food supply, but also because of the sheer scale and positive impact that Blue Nalu can have on our planet’s health over time.”

You may recognize a few names with Jersey roots:

According to its business plan, Blue Nalu will supplement current fishing efforts and produce seafood directly from fish cells, in a way that is healthy for people, humane for animals and sustainable for our planet. To date, Blue Nalu has attracted $4.5 million in funding, which originated from more than 25 investors from five nations, and it has initiated design plans for its first factory.

Check out its website at bluenalu.com and check back in this column to learn more about Cooperhouse and the company’s progress for feeding the world.

Linda Doherty, president of the New Jersey Food Council, reflected on the organization’s roots — which date back to the day Joseph Saker hosted a group of supermarket owners and food manufacturers in his living room, aiming to build an alliance of food professionals.

Fifty years later, one of Saker’s sons, Richard, was elected to his third term as NJFC chair at the food council’s annual meeting. He joins five other officers and 28 board members elected to shepherd the council that plays a large role in the Garden State’s $126 billion food industry.

“I don’t think my father could have possibly imagined that the industry would have grown into this,” said Saker of Saker ShopRites.

The NJFC, one of the most powerful food organizations in the country, advocates on legislative and regulatory issues in support of its retail members and the mutual interests of their supplier partners; and is dedicated to upholding the image and integrity of the food industry.

This year’s event, held last Tuesday at Forsgate Country Club in Monroe, gave members the chance to mingle before the annual membership meeting.

Jeanette Hoffman, president of Marathon Public Affairs, was the guest speaker. She cautioned attendees to pay attention to the impact that the strained political climate, in New Jersey and Washington, D.C., can have on the retail food industry.

Joining Saker as officers are:

During the meeting, new associate business members were also introduced, including Calandra Enterprises, of Caldwell, and Altru Brands LLC, which is headquartered in Dayton. The NJFC represents 53 retail members, which account for more than 853 retail food stores, and 100 associate members, both national and regional. The NJFC, through its Educational Development Fund, also awards more than $60,000 in scholarships to 19 young men and women employed in the food industry who are pursuing their college degrees.

The NJFC’s next event, the 2019 Night of Distinction, will be held at 5:30 p.m. Thursday, March 28, at The Palace at Somerset Park in Somerset. The honorees this year will be Jeff Brown, CEO and president of Brown’s Super Stores; Herman Dodson, executive director of Chase Bank; Joe Parisi, chief operating officer of Kings Food Markets; and Donna Zambo, vice president and chief marketing officer of Allegiance Retail Services LLC.

For more information about the NJFC and its events, log on to njfoodcouncil.com.

Two Parsippany-based packaged foods giants have their hands in the same cookie jar as they try to continue their rush to grow their own companies.

According to various food-industry sources, B&G Foods and Ferrero have placed first-round bids with Kellogg’s to purchase the brands Keebler, Famous Amos, Murray, Mother’s Cookies and Stretch Island Fruit Snacks, in a deal that could value the brands at more than $1.5 billion. These two aren’t alone in coveting the Keebler elves; Hostess and a few private-equity firms are among those competing for the cookie brands.

Kellogg’s announced last year that it would sell the cookie business in order to focus more on its core business in the ready-to-eat breakfast segment. A spokesperson for Kellogg said simply that the company is “exploring the potential divestiture of our cookies, fruit snacks, ice-cream cones and pie shells businesses. A formal process is underway.”

Ferrero, founded in Italy in 1946 as a family business, has grown by acquisitions to strengthen its global footprint recently. The company, which owns the Nutella brand of hazelnut spread, paid almost $1 billion in 2017 to buy Ferrara Candy Co., the U.S. owner of Red Hots and Now & Later candies. The deal gave the company infrastructure and a platform to grow in the U.S, which led to its early 2018 purchase of Nestle’s U.S. candy business for $2.8 billion, adding to its portfolio brands like BabyRuth and Butterfinger.

B&G purchased several discarded brands from the country’s largest food companies, reviving some neglected brands with new investment. The company, which owns Cream of Wheat, bought Green Giant from General Mills for $765 million in 2015, and McCann’s Irish Oatmeal from TreeHouse Foods for $32 million last year. It also purchased the Victoria line of Pasta sauces and Italian specialties back in late 2016 from a private-equity firm.

Check back with ROI-NJ as we track the negotiations and see if the Keebler elves, and their peers, will set up shop in the crook of a Parsippany tree trunk.

Have a question, idea or news about the food business? You can reach Damon Riccio at driccio@roi.wxp.io or 973-512-7525.