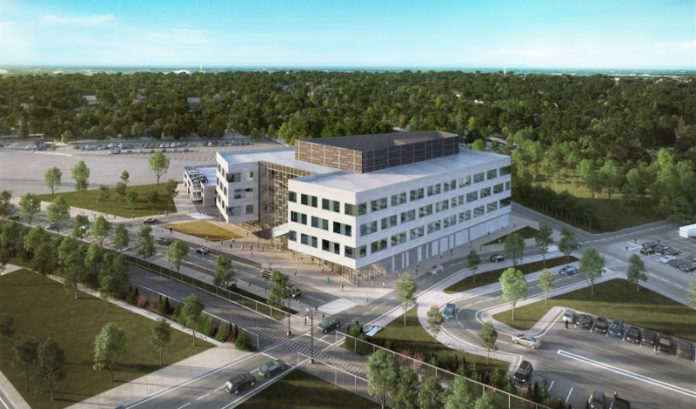 Prism Capital Partners announced Tuesday the first ground-up construction projects at its 116-acre ON3 campus, which spans Clifton and Nutley.

One of the projects Prism is finalizing is the construction of a four-story, 150,000-square-foot speculative laboratory.

“This state-of-the-art facility will be New Jersey’s first spec lab in recent history and answer the market’s sustained demand for modern R&D space,” Edwin Cohen, principal partner, Prism, said. “We already have leased up approximately 500,000 square feet of existing lab space at ON3, with continued strong interest. Simply put, more lab inventory makes sense, and this first spec project will truly be a milestone for the campus.”

Additionally, Quest Diagnostics, a provider of diagnostic information services, will be breaking ground soon for its flagship laboratory. The 250,000-square-foot, owner-occupied lab will be built on 12-acres. It will become the largest out of Quest’s 20 major laboratory facilities and will employ more than 1,100 workers.

Cohen said Quest’s facility and the new spec lab will benefit from ON3’s existing infrastructure, including its central utility plant that houses a 10-megawatt cogeneration facility.

“The in-place multiredundant heating, cooling and electricity enables the design of buildings with superior efficiency at a lower cost,” Cohen said. “In turn, this creates a better value proposition for lab users, which elevates ON3’s competitive positioning.”

Quest and future tenants of the spec lab will be joining the growing hub of life sciences and biotechnology companies at ON3, Prism said, as well as the new Hackensack-Meridian School of Medicine at Seton Hall University; Seton Hall University’s Graduate College of Nursing and School of Health and Medical Sciences; biofabrication company Modern Meadow; and American lifestyle brand Ralph Lauren Corp.

“The expansion of R&D facilities at ON3 signals the region’s continuing rebirth of life sciences and biotech on a site that was once home to healthcare pioneer Hoffmann-La Roche,” said Cohen. “Gov. (Phil) Murphy’s vision of New Jersey becoming the destination of choice for innovative companies and creating jobs is coming to life at this campus.”

The mixed-use campus, which is within close access to Manhattan and Route 3, is slated for completion next spring.