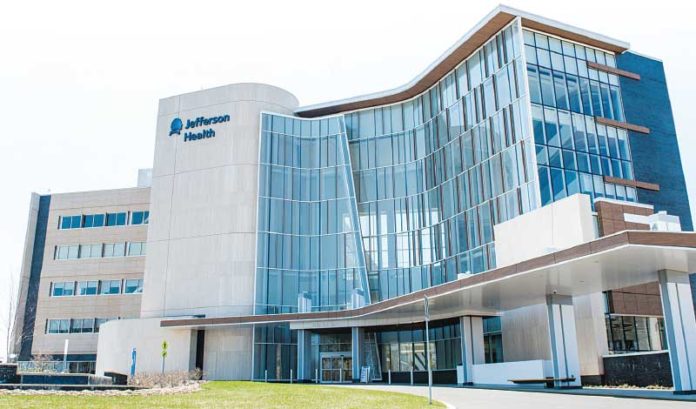 To say Philadelphia-based nonprofit Jefferson Health made inroads into the Garden State through its merger with the longstanding South Jersey institution Kennedy Health would be an understatement.

To be fair, the former Kennedy Health — now flying under the Jefferson Health flag — already had a big presence in the state.

It had about 5,000 employees, sizable facilities that are undergoing even more expansion and a rapidly growing network of primary care doctors across southern portions of the state. Among other surprising facts is this: The organization was, and continues to be, the largest provider of behavioral health services in South Jersey.

The signs on its Cherry Hill, Stratford and Washington Township hospitals were changed last year, symbolizing the completion of the systems’ late 2017 merger. And the former Kennedy Health president, Joseph Devine, is now president of Jefferson Health’s New Jersey division.

Devine took that final rebranding as a sign the health system he led would become even more relevant in the region it has long served.

He felt the backing of another longstanding institution just across the Delaware River — and the capital infusion it’s expected to bring in — was a welcome addition to a system that has been trying to keep up over many years with population increase in its communities: Burlington, Camden and Gloucester counties.

The South Jersey health system was in the middle of a two-phase renovation to transform its Cherry Hill campus, a project expected to be completed by summer or spring of next year. Its biggest hospital, the one in Washington Township, also is undergoing an expansion that will add a larger parking structure.

When Kennedy Health and Jefferson Health inked their merger agreement in public, the hospitals’ leaders called it a first step toward revolutionizing the region’s health care.

More parking may not seem like that paradigm shift in itself, but Devine, who also has a role as executive vice president of hospital and health services at Jefferson Health, said it goes a long way to meeting the needs of a growing patient population.

And he said other investments — a $110 million computer system upgrade being one of them — along with investments to come, will all add up to a wholly improved patient experience.

“We’re really focusing on having state-of-the-art facilities with a new look and appeal, and we want our physician partners to be able to use that next level of care, too,” Devine said. “We’re focusing innovation on what’s most consumer friendly and what provides convenience and access.”

Like most health organizations adapting to the way insurance reimbursements have changed, the institution also has taken up a strategy of expanding services in outpatient settings and bolstering its network of primary care doctors. Devine said the hospital system went from having hardly any employed physicians to the more than 250 on board today.

“We’ve had a lot of success in capturing more patients and connecting to the community that way,” he said. “And we really put an emphasis now on connecting patients with physicians at the primary care level.”

Devine expects the New Jersey side of Jefferson Health to not just be relevant, but a leader in taking on big health care initiatives in the state, whether it’s tackling the opioid epidemic or the treatment of patients with diabetes.

“We’re going to keep moving the bar,” he said. “Health care is always changing, not just because of regulatory changes made at the governmental level but also changes in patient needs and preferences. We’re going to stay on top of those changes.”

The new war on drugs

South Jersey counties — the counties Jefferson Health serves — have some of the highest rates of opioid-related deaths.

That fact, which comes courtesy of NJ Cares, a state program tracking data on this epidemic, means the South Jersey health system has had to confront this issue head-on. Along with other efforts, the hospital system has for several years provided local police departments with naloxone, a drug used to reverse opioid overdoses. 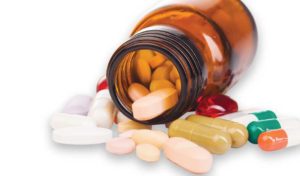 Devine said there long existed a different philosophy in medical treatment nationwide that is only now being re-examined for its potential to encourage over-reliance on medications such as opioids.

“Years ago, doctors dealt with pain scales,” he said. “You would be asked to rate your pain as a patient, and, if it wasn’t great, then that didn’t reflect well on the institution. Candidly, we believe that approach created a whole web of issues.”

Regardless of the factors that led up to opioid addiction being the widespread problem it is today, health care organizations such as Jefferson Health are hoping to curb it. Jefferson is now offering behavioral health resources through outreach programs and even local primary care offices to identify addiction before it turns deadly.

“There’s not a whole lot of revenue or reimbursement in that, but we believe it’s the right thing to do from a preventative standpoint,” Devine said. “It’s a step to help our population lead a healthy life in New Jersey, which is what we’re all about.”

Braven Health: An inside look at its creation — and how...