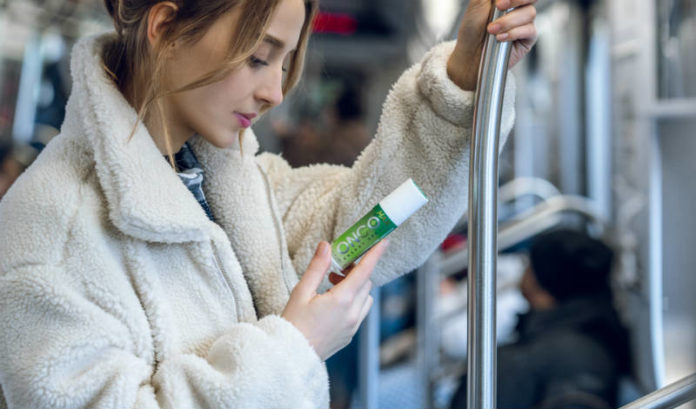 Ashu Jain used to wake up in the middle of the night with puffed-up, swollen eyes.

It was from his sleep apnea.

Coffee and tea took too long to refresh him, so he looked for a solution. Something that would help him stay awake but he could always keep on his nightstand.

“I had a retail business and young kids,” Jain told ROI-NJ. “I wouldn’t sleep well at all, and it would take me a long time to get out of bed.”

He thus came up with OnGO Energy Spray, a caffeinated energy spray that can, supposedly, effectively supplement all other forms of caffeine intake throughout your day.

Jain, a former Olympic elite athlete — the official term given to an Olympic-level athlete who didn’t compete in an Olympic Games — in table tennis, represented the United States in the 2001 and 2002 World Championships.

“I most certainly had athletes in mind when coming up with this product,” Jain said. “But I didn’t want to limit it to athletes.”

Jain has powerhouse Olympians Chris Mazder and Trischa Zorn Hudson helping to market OnGO as brand ambassadors. Hudson won 55 medals over 24 years as a Paralympic swimmer. Mazder, who won the U.S. its first-ever medal in the sport of luge, used and tested OnGO formulas as he trained leading up to the 2018 Olympic games, according to Jain, and apparently still uses it as a mid-workout supplement.

Jain’s background as an athlete at such a high level granted him greater benefit, he said, when starting a company than others.

“There is a massive drop-off of Olympians not being able to live fulfilling lives after they compete,” he said. “I found it to be the contrary. It’s important to learn from loss, because that’s how you get better. Not having that quit.”

The OnGO spray itself is created in an FDA- and NSF-certified facility in a confidential location somewhere in the U.S., while the parts to the can are created in Europe. Jain wishes to keep the facility’s location confidential because, he said, no formula has been created like it in history. He apparently went to 40 or so different facilities trying to find one that could produce exactly what he wanted.

Three sprays, or about 1.5 mL, of OnGO equals a serving size and provides about 50mg of caffeine per milliliter (mL). For comparison, an energy shot is about 3mg of caffeine per mL and Mio Energy, the energy additive you put in water, is about 25mg per mL.

Jain sells the spray on his site as OnGO Energy Spray MAX for $29. Each container is about 20 servings and requires no refrigeration or preparation. As opposed to other topical energy sprays such as Sprayable, OnGO is oral and therefore absorbed by the body faster — just as is the case with any substance taken orally.

The product is sugar-free and contains B3, B6, B12 and Taurine. According to Jain, one bottle is the equivalent of a two-week supply, or approximately 18 energy drinks.

To address safety, Jain says the sprayer on the container cannot be removed and will give resistance when being pushed too often to prevent the product from being abused.

Jain started OnGO in 2017 and is now based in Red Bank with two marketing specialists out of Orlando, his head of marketing out of San Diego and a chief digital officer working in the area.

He said about 48 percent of people that consume energy products do so for functional purposes, the rest for recreational ones. Jain’s only trying to reach the functional users, the ones that, he said, really need that boost.

Leading at work … and at home: Female execs explain how...

In Jersey City, a new luxury building — and financing for...