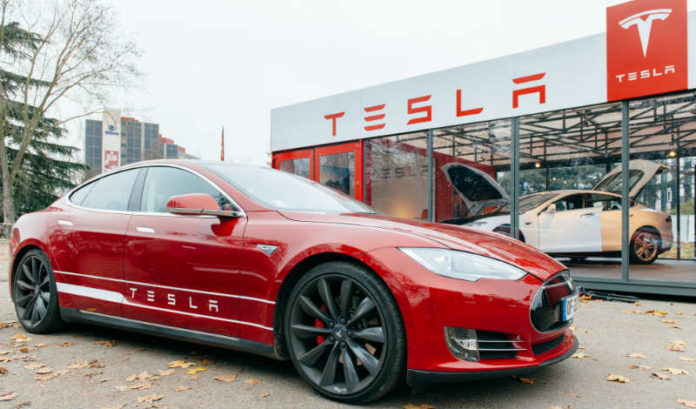 Tesla may soon be able to open more stores in New Jersey.

A new bill would reverse restrictions on the number of direct-to-consumer retail locations an auto dealer can have in the state.

Currently, Tesla is limited to four locations because its dealerships are not franchises.

Gov. Phil Murphy’s desire to create a greener economy could be helping Tesla.

Tesla has a strong market share in the zero-emission vehicle category — it has sold 80 percent of the battery-electric vehicles in the state — despite the fact that it has fewer than 1 percent of all dealerships.

The company anticipates an increased footprint can help the state meet its clean car goals.

Tesla has delivered 9,700 vehicles in the state since 2012 and employs approximately 30 individuals at each of its locations.

The bill allowing more locations falls in line with the company’s goals to get more cars on the road and help ensure continued posting of profits each quarter.

Tesla does not come without problems, as the company has recently let go a significant number of people — 3,000 workers, or roughly 7 percent of its workforce.

A recent letter from CEO Elon Musk explained the reason for the layoffs, and simultaneously explained why there needed to be more cars on the roads to achieve continued profits.

The New Jersey bill has yet to be introduced in the Legislature.

Employment grows in June, but not by large amount: ADP report