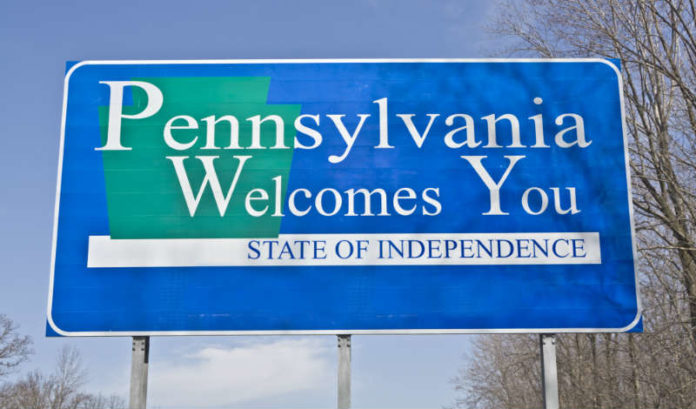 As New Jersey starts what is going to be a difficult and extremely contentious budget cycle, one battlefront we can be sure will open up is whether or not the state should raise taxes to better fund the numerous state services that some feel are neglected.

In this argument, one thing we can be sure of is that opponents of additional tax increases will say New Jersey already has the worst outmigration in the United States, that our outmigration is exacerbated by our tax rates, that raising taxes further accelerate outmigration and that the harm to New Jersey’s economy will in the long term make us more fiscally stressed than we are now.

Progressives and other supporters of additional tax increases have several responses to the claims of tax-hike opponents, but they say taxes have, at most, only a marginal impact on outmigration. They say that New Jersey has “always” had outmigration and attribute New Jersey’s outmigration to Northeasternness and weather, agreeing with this line from the Center on Budget and Policy Priorities, “For decades, Americans have been moving away from the Northeast, the industrial Midwest and the Great Plains to most of the southern and southwestern states, regardless of overall tax levels or the presence of an income tax in any of these states.”

In fact, during most of the 20th century, until the early 1970s, New Jersey had net inmigration because of the constant movement of people out of New York and Philadelphia. Despite a net loss of residents to other regions of the U.S., New Jersey retained so many immigrants and domestic newcomers from New York City and Philadelphia that its post-Civil War share of the national population did not peak until the 1960s.

Even after New Jersey tipped to being net outmigration state in the 1970s, outmigration was a modest phenomenon for 30 years. As late as 2004, according to the U.S. Census, New Jersey only had 192,000 people move out versus 170,000 people move in, which means that only 53 percent of interstate moves were out-moves. Since 2004, the number of New Jerseyans leaving has increased and the number of other Americans coming in has fallen. For the last three years, an average of 226,000 people left New Jersey a year, versus only 147,000 moving in, a 60 percent outbound ratio and one of the three worst ratios in the continental United States, along with Illinois and New York state.

United Van Lines is not as authoritative as the Census, but its survey is an internally-consistent data source and reveals how New Jersey’s outmigration is worsening.

Also, it is flat-out false to say that New Jersey’s outmigration is just part of the movement of people out of the Northeast and Midwest, since most states in the Snowbelt actually don’t have outmigration at all.

Iowa, Indiana, Rhode Island, Vermont, Maine, New Hampshire, Delaware, Nebraska and South Dakota have had net inmigration over the past five years. Wisconsin, Ohio, Pennsylvania, Michigan, Minnesota, Maryland and Massachusetts are close to parity, where outmoves are 50-55 percent of total moves. Connecticut comes in at 55 percent outbound, which is worse than it looks, since Connecticut’s birthrate is the nation’s lowest and that has the statistical effect of lowering the outmigration rate. Connecticut’s population has thus been falling for several years.

It is only Illinois, New York and, to a lesser extent, Connecticut, that equal New Jersey’s rate of outmigration.

So, although there is a baseline movement out of the Snowbelt, the states of the Snowbelt vary enormously in how well they retain residents and how many migrants they attract from other Snowbelt states.

The causes of New Jersey’s outmigration is even more intensely debated, but the chief condition that New York, New Jersey, Illinois plus Connecticut all have in common is high tax burdens. Forbes ranks New York No. 1 in taxes, Connecticut No. 2, New Jersey No. 3, and Illinois No. 5. WalletHub ranks all four states in the Top 8 for tax burden.

Also, disinterested and ideologically neutral polling does support the contention that taxes are a major factor in people’s desire to leave New Jersey. A 2014 Monmouth University Poll found that, of people who wanted to leave, 24 percent said property taxes and 6 percent said “other taxes.” A 2015 national Gallup poll found a very strong correlation between living in a high-tax state and a desire to leave, saying “Even after controlling for various demographic characteristics including age, gender, race and ethnicity, and education, there is still a strong relationship between total state tax burden and desire to leave one’s current state of residence.”

To be sure, not every high-tax state has high outmigration, as evidenced by the modest outmigration or inmigration of high-tax Wisconsin, Minnesota and Vermont. Nor is everyone who is leaving New Jersey leaving because of taxes. New Jersey’s problem may be the overlapping effects of very high taxes and high housing costs. However, for high-income people, the Monmouth University Poll indicates that taxes are a much larger factor than housing costs.

Finally, what should worry everyone in New Jersey about outmigration is that the Tax Cut & Jobs Act nullified and capped the state and local tax deduction, which raises the cost of living in New Jersey relative to the rest of the U.S., so the outmigration ratio is likely to become even more lopsided.

The TCJA’s effects are yet to be felt by New Jerseyans, let alone thoroughly measured, but preliminary data shows the number of millionaires in New Jersey and New York fell by 5,700 families in 2018, despite a global increase in their population. Gov. Andrew Cuomo of New York blamed outmigration for New York state’s revenue shortfall.

The triple threat of hiking taxes, having to spend ever-higher percentages of state revenue on nonproductive debt payments and the capping of the SALT deduction could push New Jersey into a downward spiral that cannot be arrested.

Claims that New Jersey has always had outmigration or that outmigration is an endemic condition of the Northeast are factually untrue. The argument that taxes have nothing to do with outmigration is an ideologically-motivated argument made by those who believe that a state tax code should be used to combat inequality, and that everyone who disagrees with them will stay in New Jersey or come here anyway.

Arguing that taxes are related to outmigration isn’t to say that high taxes are the only reason for New Jersey’s net outmigration. High housing costs surely play a role, as does the relative lack of college seats for our graduating seniors.

Given how taxes exacerbate outmigration, lowering taxes needs to be a central part of New Jersey’s effort to retain and attract residents (and businesses). However, taxes should not be the sole solution, because housing costs also play a part in the population’s vise. A comprehensive solution should be many of the reforms contained in the bipartisan “Path to Progress,” plus new laws to liberalize zoning and allow New Jersey’s housing prices to ease.

Walk to Washington: If perception is reality, Murphy’s economic vision has...