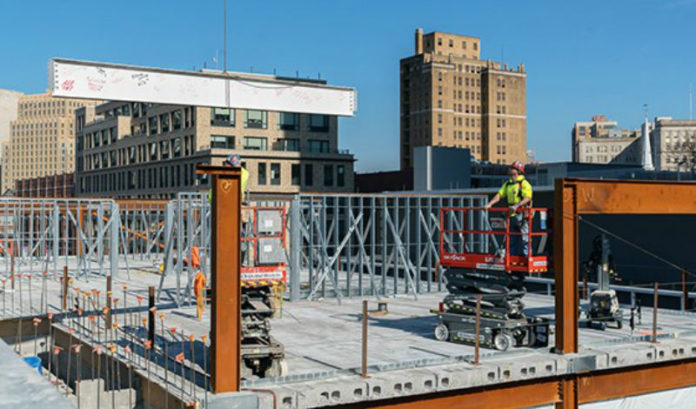 The five-story, 154,000-square-foot, mixed-use Honors Living-Learning Community will provide students with 391 beds, including double occupancy rooms, studios and one- and two-bedroom units. It will have classrooms and academic support spaces as well as 25,000 square feet of ground floor retail space.

Hollister was retained by RBH as construction manager on the project.

The project also includes a five-story, 74,000-square-foot parking garage with 330 parking spots and a 11,000 square foot exterior plaza to serve as a gathering place for students and the community.