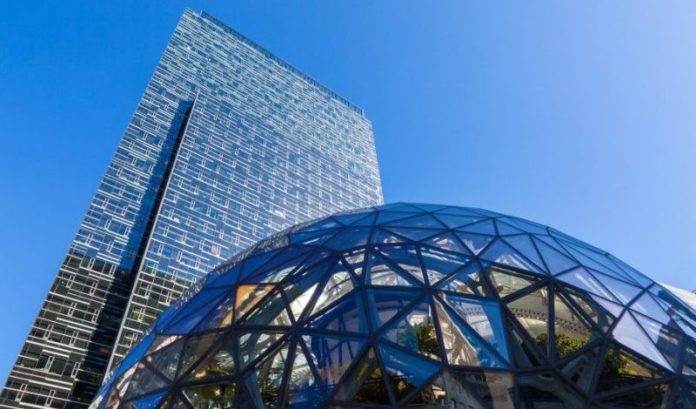 A day after Amazon — and the promise of almost unprecedented jobs and investment — was forced out of New York City due to local opposition from politicians and progressives, two questions must be asked:

The first question is easy — especially in hindsight.

So said Jay Biggins, a partner at BLS Strategies in Princeton and a nationally known relocation expert.

“I think generally it’s a surprise, but when you look back at the sequence of events, two things became clear: There was a growing sort of political movement among activists that captured a certain amount of the news cycle that was creating an unwelcome feeling. And there was the appointment of (state Sen. Michael Gianaris) to a public authorities control board that could stop it.

“It was a governance issue at the state level that has been there for a long time but is rarely used in this way to effectively block a project.”

The second question is more nuanced. Our state, after all, is famous for home rule — a legacy issue that routinely comes into play with developers.

Ted Zangari, the chair of the real estate practice at Sills Cummis & Gross, said New Jersey had done the preparation needed to handle any issues.

“I don’t foresee the same issues playing out here, for a variety of reasons, starting with the fact that state and local officials practiced fire drills in preparation for their response to the Amazon RFP that paved the way for a clean shot should an actual opportunity present itself,” he said.

“Suitable tracts of land and large-block office spaces coming online in the years ahead were identified. A mega Grow NJ incentive was enacted into law. Infrastructure from a century ago when Newark housed at least twice its current population is also in place. And most importantly, politicians, business leaders and labor are all aligned here.”

Tim Sullivan, the CEO of the New Jersey Economic Development Authority, said having all players on board early is key — and what New Jersey always strives to do.

“If someone wants to do something this is really odious and really hated by the community, you’re going to see those challenges, but if the company takes the right approach of early communication with state and local officials — you could hear, we’ve always had this XYZ issue and this is going to make it worse instead of making it better — but, if you do that early on, before the plans get locked in, you usually work around them and get to a happy outcome.”

Biggins said the Amazon event in New York may ultimately serve as a wakeup call for those looking to relocate.

Even a project that was coveted by more than 200 municipalities in the country and had the support of the New York City mayor and New York governor was not a done deal upon the letter of intent.

Biggins, in fact, that said such agreements need to be viewed for what they really are, a first step.

“It’s a multilayered, complex decision-making process like none other, and anyone expecting to enter into a letter of intent with the senior executive leadership of state and city and expecting that to be the end of it, was not being practical,” he said. “It probably needed to have been perceived as a critical first step, but a step in a process that was going to entail some additional layers of negotiation before closing.”

It’s why Amazon should have realized this was a possibility.

“There’s only so much you can button down before you actually go through the gauntlet of additional gates of a process,” he said. “You can’t legally button it down, there are still layers of approvals. In this context, it means have all your political support lined up so that you have consent and you’ve developed whatever compromises are needed and gotten credit from those compromises in the form of sign-offs.

“That’s where they lost control of the process and confronted some opposition that was more vocal and more focused on defeating this project than they were expecting. I don’t think they should ever have been surprised by that.”

The announcement, Sullivan said, was a big surprise for those in the economic development community for one simple reason: That scenario rarely plays out.

“It’s rare that something of that size actually goes off the rails,” he said. “There’s almost always something you can do — shrink the project, change the project, do something different — the full eject button is very rarely pushed, that’s why a lot of us who do this for a living were surprised.”

On unions, Murphy could take a page from Christie

Alan Sobel is giving up Sobel brand name — but legacy...