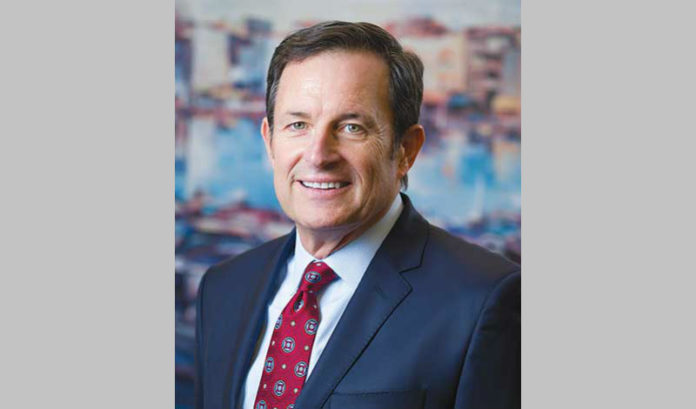 Last year, New Jersey ended a nearly decade-long fight over surprise medical bills — as in, protecting consumers from getting them — when Gov. Phil Murphy signed into law a bill sponsored by Assembly Speaker Craig Coughlin (D-Woodbridge) and crafted by many of the state’s top health care executives.

The concept may be going national.

The American Hospital Association was among six national hospital groups that sent a letter to Congress on Wednesday to suggest parameters and ideas that legislators should keep in mind as they pursue a solution to surprise medical bills.

AHA board Chairman Brian Gragnolati, who also is CEO and president of Atlantic Health System, said New Jersey’s solution is playing a role in the process.

“What we want to do is work as a field to try to make sure that patients aren’t harmed by surprise bills,” Gragnolati told ROI-NJ.

“The work we did here in New Jersey is part of that conversation. That was a hard bill to get passed and I think that New Jersey did it in an appropriate way. That’s what we are trying to do at the federal level; we’re informing the process.”

President Donald Trump’s administration has begun introducing the general public to the idea of greater transparency in health care delivery with a recent requirement by the Centers for Medicare and Medicaid Services for hospitals to post machine-readable charge lists on their sites.

While many experts say the lists, called chargemasters, are not actually useful or helpful, it has opened up a conversation about what other steps can be taken to address transparency.

The federal government is pursuing a legislative solution.

Gragnolati said New Jersey’s law, which took years of effort by Coughlin, Assemblyman Gary Schaer (D-Passaic), Assemblywoman Pamela Lampitt (D-Voorhees), as well as Sen. Joseph Vitale (D-Woodbridge), is one of a few that has helped with the framework of that potential legislation.

“There are several other states that have adopted these things, but New Jersey is clearly one of the areas that the AHA is looking at in order to help inform our members about how we can do something by leaning into it,” he said.

The piece of how payors and providers resolve disputed bills was a big battle in New Jersey. Some organizations felt the final payout should be tied to claims data like that provided by FAIR Health. Others felt it was best to use a third-party arbitration system. The latter won.

Gragnolati said how that is discussed at the federal level remains to be seen.

“That really gets down to trust,” he said. “There is a fair amount of distrust between those who provide care and those who pay for care. I’m not sure that all of it is rational.”

Which makes it complicated, Gragnolati said.

“As it relates to a process to adjudicate that, how do you not give the insurance companies all the leverage in the conversation when they are dealing with physicians, small physician groups, etc.,” he said. “At the same time, how do you make sure the insurance companies are — when they do have to pay for things out of network — (acting) in a reasonable way so they are not overpaying.

“There is no perfect solution to that, but I think the arbitration process that was developed here — it seemed as though everyone was equally uncomfortable with it, so it was probably a good solution.”

For now, the trade groups are thrilled to be invited to the table and be part of the process.

“It’s pretty clear that the Trump administration really wants us to focus on that, also, and the good news is that they really asked us to participate in that process, so we are,” Gragnolati said.

“Part of participating in that process is really working with our members to try to come up with some common ground on that issue. We created a task force on price transparency and asked them for the first body of work to take on surprise bills and developing principles on that.”

The letter to Congress, a copy of which was obtained by ROI-NJ, asks federal representatives to consider:

“The next step for us as an association is to continue a deeper dive into that work to be able to help the federal government shape whatever actions it’s going to take,” Gragnolati said.