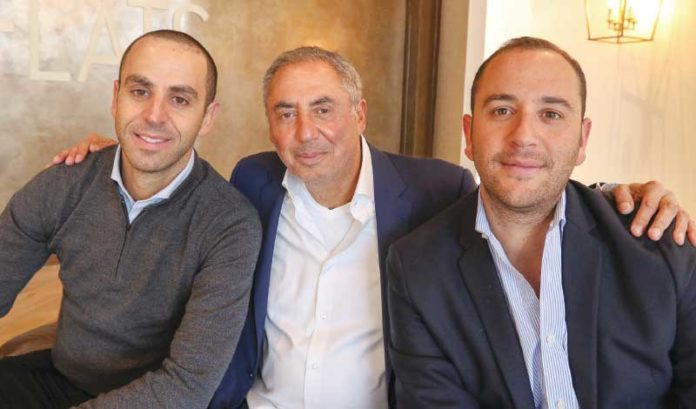 In 2014, nearly two decades after the brothers had helped elevate the family real estate business into a growing force on the outskirts of some of the biggest cities in New Jersey, Maurice and Ronnie Levy decided it was time to bring Paramount Assets into Newark in a big way.

The full-service real estate firm had been in the city for a few years, getting great returns on a McDonald’s on Broad Street it had purchased in 2009.

While doing so, the brothers realized the city’s promise and potential had turned to reality. And they wanted to get in on it at the beginning.

It began with the purchase of Halston Flats in 2014 and William Flats in 2015, two mixed-use facilities Paramount Assets helped refurbish. And it hasn’t stopped.

The company now owns 40 properties totaling about 750,000 square feet of space throughout the city. And one of its acquisitions, 45 Academy St., is in the process of being refurbished and renovated to become the company’s new headquarters.

The company is planning to bring most of its approximately 75 employees from its current headquarters in Elizabeth by March.

Maurice Levy, the chief operating officer, said it’s all about a belief in the direction of the Newark.

“This is probably one of the best located cities (on the East Coast),” Levy said. “Every train, every road, every access point goes through here. It’s easy access.

“And, since we are investing heavily here in Newark, we felt that it was important for us to be here. We’re going to keep growing our portfolio here.

“The city has a great vision. We want to be part of it.”

Levy said he and his brother Ronnie, the CEO, feel the city is on the verge of an economic explosion. And they are eager to tell anyone who will listen.

“This story should be about bringing eyes to Newark,” he said “This isn’t about us. We don’t need our name out there.

“We want to get Newark out there.”

Solomon Levy is the patriarch of Paramount Assets. He founded the company in 1976 in Rockaway Beach, New York, at a young age — for the most unusual of reasons.

“He had a fight with the owner of the building about buying pillows,” Maurice said with a laugh. “He figured, instead of fighting, why not buy the building? Here he was, an immigrant who came to this country at 17, buying his first property at 21.

“He is an inspiration.”

And still the head of the company.

While Solomon Levy has turned over the day-to-day operations to his sons, Maurice Levy said his father is still very much involved.

“He gives his blessing on everything,” he said. “He doesn’t want to do day-to-day activities, but he’s involved. He has the vision and the experience. He’s seen it all, so he’s able to steer us.

“It’s such an advantage to have some with such institutional knowledge that has lived through so many real estate cycles.”

The sons have followed his entrepreneurial lead.

Ronnie Levy joined the company in 1996. Maurice Levy came on board in 2001. Since then, the brothers have expanded a 12-property portfolio to one that has more than 250.

And they did it, Maurice Levy said, building by building.

“We’re in Perth Amboy, Elizabeth, Plainfield, Orange — we’re on the outskirts of all the major cities,” Levy said. “We never broke into the cities, because the values were too expensive for us and we were very return-driven as opposed to potential-driven.

“When you’re starting up, you have to pay mortgages and taxes. You need that immediate return.”

Paramount Assets also wanted to keep things in the family.

“Since 2010, we haven’t taken on any investors,” Levy said. “That was the impetus of staying outside of the limelight. We focused primarily on high-return real estate.”

Keeping it in the family, Levy said, is one of the reasons why the company was able to expand during — and right after — the economic downturn in 2008. And why it is still able to do so today.

“We were able to expand into Newark so quickly because we have a very good reputation on purchasing,” he said. “We’ll come in and sit for about 20 minutes and do a deal on a handshake.

“We’ll have a contract done within a week and can close whenever (the seller) wants. There’s no negotiation. No financing. No contingencies. No refinancing. Just a deal.

“It’s back-of-the-napkin stuff and then we hand over a check.”

Levy said the growth the company had before it came to Newark has enabled it to grow quickly since coming to Newark.

They get the game, he said.

“We’re experts in real estate,” he said. “We’ll eyeball a building from an engineering standpoint and a financial standpoint and be able to quickly write a check.”

Regardless of the asset type.

The company also has developed a reputation for refurbishing buildings with an eye toward historical preservation.

“We want to bring buildings back to their original glory,” Levy said.

These attributes have led to more opportunities, Levy said.

“The purchasing is happening so quickly because of our reputation,” he said. “We keep getting phone calls about people looking to sell, because people want to work with us.”

Sellers aren’t the only ones.

Levy said Newark officials are a big part of the process, too.

City officials, he said, are open to investment, encourage investment and work to promote investment.

“The city has been a big part of why we’re here,” he said. “They work with us. They’re not looking at investors as an adversary, but as a partner.

“It’s an open door wherever we go. Every department has been helpful.”

Levy said he feels the city has everything in place to grow — especially in the millennial age. It’s why Paramount is moving its headquarters to Newark.

“It’s great for attracting new employees,” he said. “People today want to be in an area where there is a city-like feel. And you can rent here. Most of our employees wouldn’t live in any other cities. This has the living environment that our employees want.”

Levy said the company sees no end to its growth in Newark.

One of its biggest future developments involves the area around the federal courthouse and the Prudential Center.

“All those parking lots around the federal courthouse, we’ve just acquired those,” Levy said. “We’re in the process now of master planning our future, based upon what’s going on there.”

The company already has approvals to do work on properties it acquired in the Four Corners historical district.

“Along Williams Street, between North Street and University, that’s going to be all brand-new redevelopment properties,” Levy said.

What’s next? That depends on what comes on the market next. Levy said Paramount Assets is interested in any and all properties.

“Our appetite is that tremendous.”

For all the talk about the new Newark, Maurice Levy said he’s happy to be part of a movement to save the old Newark. At least, when it comes to real estate. 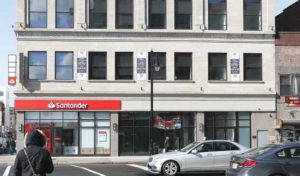 Levy, the chief operating officer of Paramount Assets, said many of the buildings his company purchases are historic. He’s happy to keep them that way. Even if it means more time — and money — to refurbish them.

“Character is the heart of a city,” he said. “And Newark has so much character. For us to raze these buildings and rebuild doesn’t do justice.”

Levy said his group is eager to work with Newark officials.

“They’re trying to figure out how to get buildings fixed, and we believe in maintaining their original feel, from corner edges to repurposing visible brick, not covering it.

“We want to bring buildings back to their original glory.”

Levy said he’s not the only one who wants it.

“Millennials have an appetite for these older buildings,” he said. “People are freaking out for things such as exposed brick or a high ceiling. You can’t afford to build them like this anymore.”