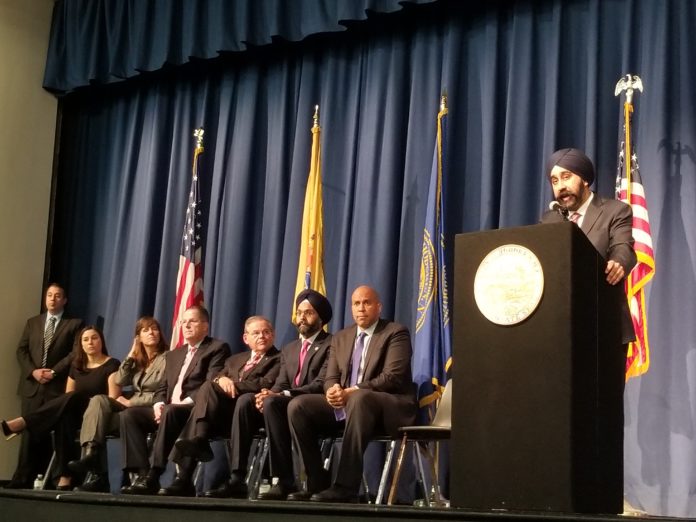 Hoboken, on a path to greater resilience in the energy sector with the installation of a microgrid, is now making a push toward renewable energy sources.

That increase is dramatic. In the past, the city obtained just 18 percent of its needs from clean energy, with 82 percent coming from fossil fuels.

The ratio of renewable sources will be 28 percent generated from inside the state and 72 percent from outside.

“Hoboken is committed to improving our global environment through our transition to 100 percent renewable electricity,” Bhalla said. “Utilizing wind and solar sources will substantially reduce our dependence on fossil fuels that contribute to greenhouse gases and global warming.

“This is a major milestone that puts Hoboken at the forefront of New Jersey in combating climate change and upholding the ideals of the Paris Agreement.”

Bhalla predicts that the move will reduce electricity costs for Hoboken taxpayers by 9 percent by 2021.

The city will pay 1 cent per kilowatt less than what it pays to Public Service Electric & Gas. The electricity for municipal operations will now be supplied through a third party, Aggressive Energy.

The next step is to expand the services to residents through an energy aggregation program that will launch this year.

“This is a win-win for Hoboken — smarter energy use, while earning cost savings,” he said. “Hoboken is now one of, if not the first municipality in the state to adopt this practice and demonstrates that our city is at the forefront of taking on climate change.”

Munich Re US names CEO of new specialty insurance unit