George Norcross, who came in at No. 2 overall on the ROI Influencers list, also makes this category along with Bob Garrett (No. 13), Barry Ostrowsky (No. 17) and Kevin Conlin (No. 20). 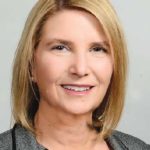 After leaving public service to represent the industry she once regulated, Bennett has continued her efforts to push New Jersey’s hospital systems into a more connected era. Since taking the helm, Bennett has led NJHA through a change in its strategy to play a more proactive role as a thought leader, rather than as a defensive entity in the legislative process. 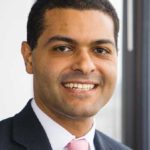 The young commissioner has made an impact on the health care industry in just one year — and in a number of ways. Whether pushing a progressive agenda through expanded medical marijuana use and focusing on interoperability of electronic health records or fighting the backlash that came from a virus outbreak at two hospitals, Elnahal has handled everything with poise. 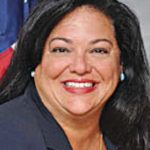 Commissioner of banking and insurance
State of New Jersey

Leading the state’s goal to maintain a semblance of the Affordable Care Act, Caride’s efforts helped lower premiums from a double-digit increase to a minimal decrease for 2019. Though she hasn’t had a very public presence, that figures to change as Gov. Phil Murphy revamps his efforts to establish a public bank. The former legislator will play a role in regulating the bank, if it is developed. 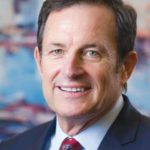 The CEO of Atlantic Health System remains a relatively quiet but powerful figure in the state. Outside of it, he has taken on a new role as board chairman of the American Hospital Association. Last year, Gragnolati played a lead role in the formation of a consortium of hospitals, which are focused on greater transparency and lowering costs of care — starting from within their own facilities. 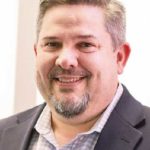 NJII is at the forefront of health care innovation through technology, enabling it to become an increasingly powerful force in the health care space through its various partnerships with health systems and educational institutions. Its most recent achievements include the Master Person Index, which feeds into the Department of Health’s New Jersey Health Information Network. 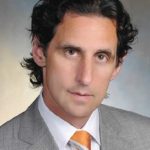 The CEO of the state’s largest physician group is increasingly showing off his business savvy with a number of internal and external moves in the past year. Summit Health Group has expanded into Oregon and Arizona, and is increasing its capacity with administrative support technology — which it offers to its entire physician network. One insider said Le Benger is the rare combination of a medical professional and an entrepreneur. 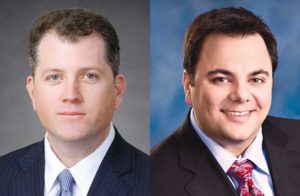 In a move that could set a new tone for co-leadership in the state, the duo is set to become co-CEOs of South Jersey’s busy Trauma I hospital, which has flexed its political muscles in recent years. O’Dowd, a former chief of staff to Gov. Chris Christie, and Mazzarelli, a longtime Cooper doctor, strike a balance of business and health care that could mimic some of the largest nonprofits in the country. 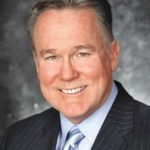 Choosing to merge with the state’s largest health system, Hackensack Meridian Health, was a bold move, but the exclusivity of research and therapies in mental and behavioral health — an increasingly important sector for health care business — makes Carrier Clinic a powerhouse. Parker, its president, will now focus on behavioral health and health technology in this new space. 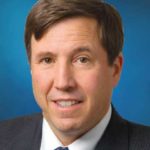 From an invitation to the Vatican and annual visits to Davos, Switzerland, Pecora is a highly regarded innovator and cancer doctor. He also has expanded his influence in the state by working with NJII on innovation and startups, as well as through his role with a new research facility affiliated with the new medical school in Clifton and Nutley. 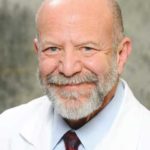 Setting the nation’s agenda on curbing opioid addiction is no easy feat, but Rosenberg is doing just that. From his team’s work developing the Alternatives to Opioids, or ALTO, program and subsequent support from New Jersey’s congressional representatives, Rosenberg found himself in Washington, D.C., pushing for federal funding to expand the success of ALTO into all 50 states.