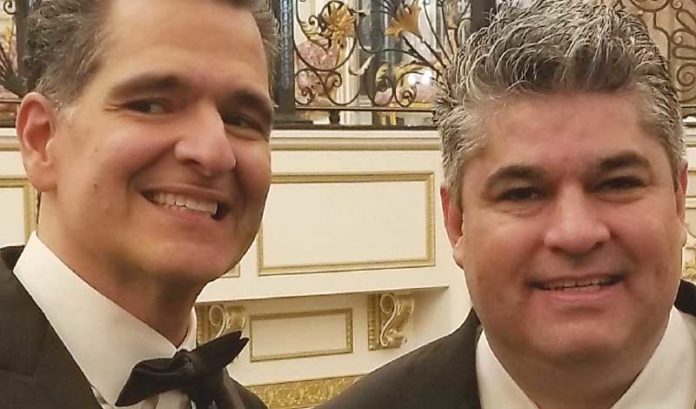 The microlending partnership would set a precedent in the state, and is being launched in tandem with efforts to pass legislation that would define the new alternative lending model.

The draft legislation, a copy of which was previewed by ROI-NJ, looks to define alternative business loans, interest rates, repayment and loan terms, non-bank lenders and what defines a small business that would qualify.

The goal is to protect small business owners, particularly in minority communities, from loan sharks online.

The partnership intends to operate responsibly, he said, and target small business owners who are denied by banks, he said.

WBL, a capital distribution platform, would operate off guidelines the chamber sets in order to approve or decline loans.

Even if the business owners are declined, the chamber will help them build up credit either by providing a credit-building loan or help them with greater financial education and building up their business plan.

“The idea is that we help them to scale or build capacity in order for them to get access to a larger amount of money (from banks) or different financial services,” De La Hoz said.

“But it’s necessary to have this regulated because (of online lending). If you borrow from an online lender, you can pay as much as 60 percent interest. If they cannot qualify for a 7 or 10 percent interest rate, just imagine paying that high. We can offer them an alternative, but the need is so big that, if we are able to do many things, we can, in the future, do more for our own community.”

There’s been a well-documented gap in access to capital for minorities, and microlending efforts have emerged to fill that gap.

Traditionally, friends and family have been filling that gap.

“It’s a more formal agreement on the friends and family, with an institution,” said chamber CEO and President Carlos Medina.

De La Hoz said it’s a risk that is higher than what financial institutions go for.

“They offer loans to people with no credit or with bad credit, and with no collateral. Those are the types of things a regular bank doesn’t want to consider,” he said. “But, people show capacity and show really good projects, but nobody is helping them.”

Medina said the chamber also might create a separate grant to help businesses with payments if they are in a bind.

“We hope to have better work outs than a bank would have, but we also hope we can have grant moneys to help for payments if (a business) is going through hard times,” he said.

“Banks are going to love us because we are going to help them with their declined and graduate them to a bank.”

WBL is investing $100,000 of its own money, and is helping to funnel the private funding from chamber sponsors to the chamber members who most need the help.

Doug Naidus, CEO of WBL, told ROI-NJ the goal of the partnership would include eventually seeking more government support financially.

“We’re currently distributing private capital, which is expensive,” Naidus said. “For example, we will borrow money from a hedge fund to lend it on to a business, so you could imagine, even in a fair and transparent way the rates are still very high. We want to radically reduce interest rates and cost. The way to do that is to either connect government capital, or sponsor capital—large banks that are looking to support social initiative—to the borrower base.”

And the idea is to operate as a non-profit.

“We will produce a loan at the actual cost to produce (and distribute),” he said. “Only for members of the chamber and this state at this point. As the money is distributed, we are producing the loan application and package, we are producing the underwriting, we are delivering it to the chamber investment committee…and they will decide how much money ultimately, and under what conditions, they will lend. “

This sets Hispanic Chamber members up to be the recipients of the lowest cost loans anywhere in the nation.

“Unfortunately, the communities that are most negatively impacted by illiquidity, and there’s two negative impacts—number one you don’t have the money you need, or you get it from a loan shark — that tends to follow a socioeconomic basis, and because of the issues we have as a nation, that tends to follow ethnicity,” Naidus said.

The state has also been pursuing similar efforts, such as those by Gov. Phil Murphy in pursuing an Evergreen Fund, which would mix state and venture capital funding to help startups in the state.

In addition, the Economic Development Authority, which has been holding a series of meetings with business and bank leaders to determine how to inject greater capital into the small business community in the state.

EDA CEO Tim Sullivan said he does not see the two as conflicting efforts fighting over state dollars.

“Depending on whether it’s a pilot program or other things, I think we can figure out a way to accommodate all things at once,” he told ROI-NJ.

“Those two are not mutually exclusive.”

In addition, Sullivan said, the more that the private sector helps in finding solutions to the lack of access to capital problem, the better.

Naidus said he hopes legislation will be introduced this year in the state, and efforts have been made at the federal level as well.

“We have a former Congressman on our board, Congressman Ed Towns…so we’ve been working for years at the federal level to effectuate law and have had some challenges along the way, so we decided to bring it to the state level last year,” he said.

“Through that, we were introduced to this chamber as well as other chambers. The chamber’s members are the very borrowers that need the access to capital.”

Much ado about … little? Banks had chance at some pandemic...