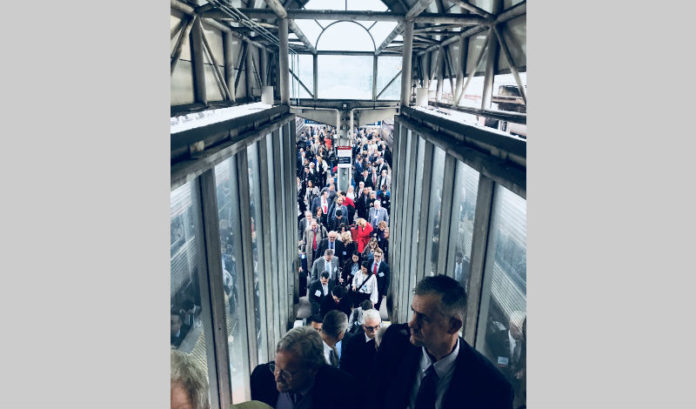 We’re not Patrick Murray of Monmouth University. But we play him whenever we go on the Walk to Washington.

The questions were asked by ROI-NJ reporters on the train from Newark to Washington, D.C., during the New Jersey Chamber of Commerce’s annual networking ride.

With that, our results — along with a quote. (And the margin of error is as big as you want it to be.)

All answers — and quotes — were on background.

Question No. 1: Which of these four issues most negatively impacts businesses in the state?

The comment: “The impact the cost of living in the state has on the ability to attract and retain talent is far greater than anyone realizes. Anyone who doesn’t have to hire people, that is.”

Question No. 2: Which state is our biggest competition regionally?

The comment: “Why would anyone want to live or work in Pennsylvania?”

Question No. 3: Which area is our biggest competition nationally?

The comment: “We lose companies to Tennessee; we lose people to Florida.”

Question No. 4: Who is the most powerful and/or influential Republican in the state?

The comment: “Can I say (Senate President) Steve Sweeney? And it’s not just the sensible approach he has to solving our budget problems. He could get a group of Republicans to join him faster than anyone else.”

Question No. 5: There have been many studies on how to solve New Jersey’s economic problems — and almost all of them are introduced and then put away. Is it time to implement something along the lines of the Byrne-Healey recommendations or Sweeney’s Path to Progress, no matter how much tough love they might impose?