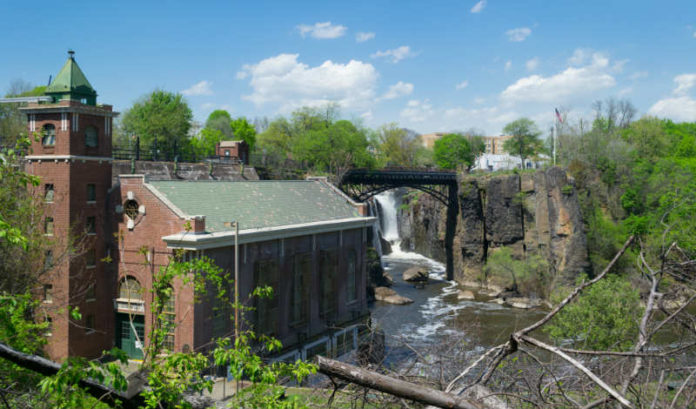 It’s easy to compare New Jersey with New York and Pennsylvania when you’re looking for examples of economic opportunities and programs the state should offer and embrace.

Speaking to an overflow crowd at the annual New Jersey Future Redevelopment Forum last Friday at the Hyatt in New Brunswick, Murphy used Kansas — a state that has nothing that compares to New Jersey (trust me, I lived there) — to explain the benefit of the proposed historic preservation tax credit he wants to bring here.

I know that Kansas is more than farmland and “The Wizard of Oz.” But, while it has a rich history, it does not have the type of history that is calling out to be a leader in the economic revitalization of unappreciated and forgotten cityscapes.

Murphy sees it, too.

“A few weeks ago, I was on one of my favorite streets in New Jersey: Spruce Street in Paterson,” he said. “It’s a historic street lined with century-old textile factories. These buildings should not just be remnants of our past, but of our future.

“They speak to why we need a historic preservation tax credit program.”

Tim Sullivan, the CEO of the New Jersey Economic Development Authority, said he sees it, too.

In spots all over the country.

“If you look at, particularly, smaller and midsize cities across the country, places like Chattanooga, Tennessee, and Asheville, North Carolina, places we have seen a real vibrancy and return of their downtowns, one of the things that marks them is the repopulation or reactivation of historic structures,” he told ROI-NJ.

“Whether they are old mills, or old factories or old warehouses or old townhouses that you can convert into retail, residential or commercial office spaces, it is the type of small-scale redevelopment that fires the revitalization of a community. So, the opportunity to bring more jobs and housing to historic structures is a really important opportunity — and one we’re missing.”

The talk was music to the ears of Paterson Mayor Andre Sayegh.

He told the crowd about legacy projects in his city, starting with the Paterson Great Falls National Historical Park, which attracts more than 300,000 people a year. He wants to leverage it to create a first-class visitor and education center, a food hall that will highlight the town’s extensive culinary culture and what he calls entertainment by the falls.

Sayegh wants to utilize the city’s train station area, too — in an effort to attract millennials and the generations to follow.

“We have a new urban agenda,” he said.

One Sayegh said will thrive with investment dollars.

“I see our city as the ultimate startup,” he said.

But this isn’t just about Paterson, Murphy said.

“I look at Trenton. I look at Camden and Bridgeton and Plainfield — all proud cities with historic building stocks,” he said. “We don’t need to bulldoze our past, we need to make it part of our future.”

Sullivan said the incentives would work in all those places and more.

“There’s broad applicability,” he said. “And you’ve got to have an appetite to want to redevelop it into something besides just a single-family house. We want to encourage that.

“These can be great locations for small offices for young companies, great spaces for incubators, great spaces for residential housing with mixed-use, where you’ve got some retail and some cafe space or arts and cultural uses. They’re enormously powerful redevelopment opportunities.”

Sullivan even referenced the late Jane Jacobs, a famed journalist, author, activist and big-city planner, who wrote the book “The Death and Life of Great American Cities” in 1961.

Others already are doing so.

And while it would be nice to say New Jersey is trailing only Kansas, the fact is, it is trailing almost everyone, including New York and Pennsylvania.

“We are just one of 15 states that do not currently have a historic preservation tax credit,” Murphy told the audience. “And we’re poorer for it.

“Consider that, in 2017, there were only seven historic redevelopment projects undertaken across the entire state. Seven, with a total investment of only $1.1 million. Meanwhile, right next door in New York, 71 projects put more than $1 billion of investment to work. On the other side, in Pennsylvania, (there were) 39 projects and more than $330 million.”

Murphy said his inspiration for this movement comes not from a famed urban thinker, but the greatest hockey player who ever lived.

“Our spiritual leader in this is Wayne Gretzky,” he said. “When he was asked why he was such a great hockey player, he said, ‘Because I go where the puck is going, not to where it’s been.’

“We’ve been going to where it’s been for far too long. We want to take this economy — and the incentives along with it — to where we are going.”

Who’d have thought that might start with a quick detour through Kansas?