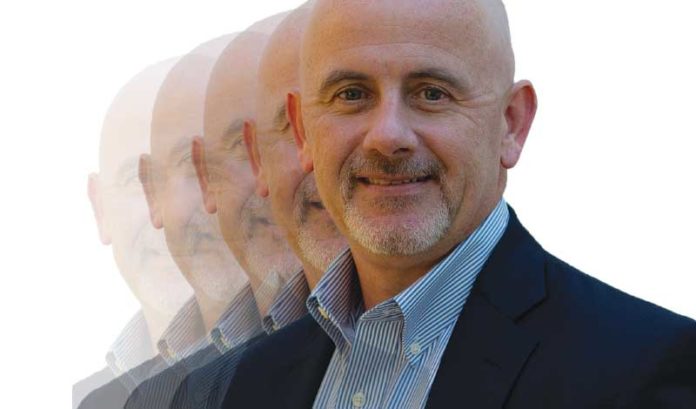 The architects of the Tax Cuts and Jobs Act of 2017 promised sweeping changes … in a good way.

Those first to file taxes under this new framework found their returns to be jaw-dropping … and definitely not in a good way.

Accountant Pat Walsh says there’s one thing that should be kept in mind right now: We’re only at the first stage of learning about the tax law’s impact.

He didn’t describe that first stage as denial — although, for some, it might be.

“There’s no doubt that taxpayers are raising eyebrows right now,” he said. “Some plan to use refunds to go on vacation or make student loan payments, something along those lines. And, now, that’s not available for them.”

Walsh, partner in Withum’s Whippany office, said refunds might be used as savings vehicles for some, but it’s not as indicative of someone’s overall tax bill as simply what they withheld over the prior year from their paycheck.

“And the folks that are seeing their returns in mid-February have reduced refunds by and large because of the administrative aspect to the new tax act and adjustments that were made to the tax withholding tables,” he explained. “People enjoyed more take-home pay, but they’re finding out now that was at the cost of some refunds.”

Although withholding tables were adjusted to reflect the tax rate being lowered, a lot of people hadn’t considered taking into account how the elimination of itemized deductions or the scrapping of state and local tax (or, SALT) deductions would affect an expected tax refund windfall.

Another caveat is that, as more-detailed returns get held up by the need for more clarification from federal tax officials, the returns that have come back already reflect uncomplicated W-2 wage earners.

“Most of those people also would not be of the profile where they’d be calling an accountant on a regular basis,” Walsh said. “They might only do so for end-of-the-year preparation and at the beginning of the year for tax filing, but not a lot in between. In those instances, it’s often viewed more as a compliance cost than a planning opportunity.”

Chris Whalen, a New Jersey CPA who runs his own accounting and business advisory firm, works mostly with business owners, investment property owners and other high net worth individuals that tend to work more closely with financial advisers. His clients, at least those that have been able to file taxes without the need for additional IRS guidance, have little to complain about so far.

“I’ve gotten to about 200 returns already and maybe all but 5 percent are faring better or just equal to previous years,” he said.

Whalen said that, among higher earners, there are only a few hurdles to achieving tax savings. One of them is having a lot of unreimbursed business expenses, now that the administration’s tax plan scrapped miscellaneous itemized deductions.

“So, this is an area that hurts people,” he said. “I don’t have anyone in that situation that is going to fare better, even under lower tax rates. I’ve been advising people who have these expenses that they need to renegotiate compensation packages.”

The biggest bonus to his client base has been the new deduction on qualified business income, which was intended to be a boon for small businesses. The tax code’s Section 199A gives entities such as sole proprietorships a 20 percent slice off of income that fits certain parameters.

Accountants generally agree that, if you can take advantage of this addition to the country’s tax law, you should expect to see significant savings.

Maryann Schugmann, a partner at Grassi & Co., said her firm has many clients in manufacturing and distribution businesses.

“And a lot of them and others will benefit from this,” she said. “But whether you can utilize it depends on whether you fit the specified service trade or business classifications.”

Accountants, doctors, lawyers — professions with pay more akin to a wage than a business owner’s would be — can’t take this key deduction. That’s only the simplest of restrictions involved in determining eligibility of this deduction, part of a larger overhaul that was touted as simplifying the nation’s tax code.

“This deduction is very complicated,” Schugmann said. “As beneficial as it can be to some clients, there’s a lot to consider.”

For example, Schugmann explained that aggregating businesses together can allow high earners to claim a better deduction under this area of the code if wages and certain property would otherwise put a cap on the deduction. But, if that taxpayer does aggregate two or more qualified businesses for tax purposes, that person much continue to do so in all subsequent tax years until this provision phases out in 2025.

The IRS is regularly releasing new guidance on these more complicated provisions of the tax law, even now, after some returns have already started being filed.

Mariana Moghadam, member of the firm SobelCo, said tax professionals were only recently provided with guidelines on getting qualified business income deductions for real estate owners. That’s a big deal for Moghadam, who leads her firm’s Tax and Real Estate practices.

“But there are still some big unknowns,” she said, alluding to some confusion her clients still have surrounding the lifespan of tax incentives for property improvements. “And some of these unknowns affect people a lot.”

Because further guidance is still needed on some issues from the IRS — an agency that just finished turning the lights back on after the partial government shutdown — accountants expect a lot of taxpayers to request extensions on their tax filings this year.

“They’ve done a good job of dealing with this humongous change,” Whalen said. “I know a lot of people complain about the IRS, but in this case, they’ve doing a great job.”

Financial planner says otherwise-independent millennials (like him) are seeking out...