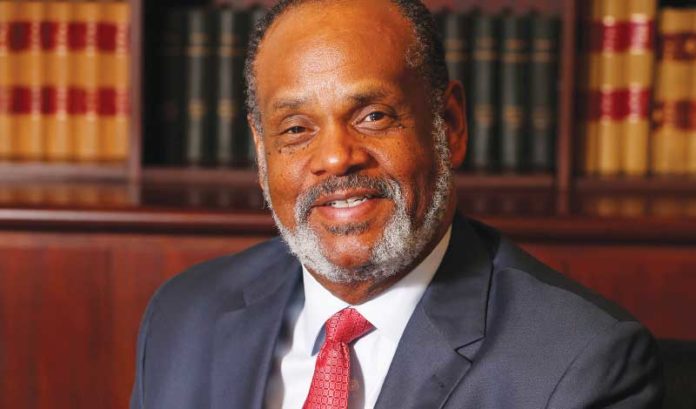 After feeling the first tremors from the massive federal tax overhaul, accounting industry leaders are waiting with bated breath for the next potential shifting of the tax landscape in the Garden State.

Ralph Thomas, executive director and CEO of the New Jersey Society of Certified Public Accountants, said all eyes are on what comes out of Gov. Phil Murphy’s proposed sophomore state budget.

Murphy’s first round of state budgeting featured new taxes and increases of existing taxes. At the same time, taxpayers and the accountants they work with are experiencing major changes made on the federal level — in particular, the $10,000 cap on the total state and local tax, or SALT, deductions introduced in the Tax Cuts and Jobs Act.

“So, our hope is that we’ll have a budget not too taxing on business or individuals — and that means no increase in existing taxes included in the budget,” Thomas said. “So far, what we’ve heard is, hopefully, there will be no raise of taxes.”

Thomas, who sits on a working group put together by Senate President Steve Sweeney (D-West Deptford) that is coming up with recommendations for revising local tax policy, expects his members wouldn’t be as hostile to the introduction of a new source of tax revenue — a prospect represented by New Jersey’s expected embrace of marijuana legalization.

That policy move, which is always purported to be right around the corner by advocates, recently took a step closer to being actualized in a compromise reached between Murphy and Sweeney on a proposed cannabis industry roadmap.

“With them being somewhat on the same sheet of music, it’ll be interesting to see how this plays out now that it’s back on the table,” he said. “For our members … the devil’s in the details in terms of what comes out in the legislation.”

NJCPA has drafted position statements for policymakers to consider in terms of how their profession can interact with the financial aspects of a federally banned substance, Thomas said.

His organization is also backing several bills moving through the state Legislature that he hopes get some attention. One is the Pass-Through Business Alternative Income Tax Act, which would establish an entity-level tax to be paid by pass-through businesses such as S-corporations.

Thomas said it’s hoped to offset on a statewide basis the limited SALT deductions for New Jersey residents and business owners, a group he believes often has to weigh the benefit of staying in the Garden State over leaving it for states with lower taxes.

“States such as New Jersey are caught between a rock and hard place, because they need funds from income tax to meet budgetary needs, but they also don’t want to appear overtly unfriendly to individual taxpayers,” he said. “But, frankly, people have now increased their awareness of moving their domicile outside of New Jersey. … People are taking seriously moving out of this region for a location that’s either a low- or no-tax state.”

Enough people have done so already that Corrie expects that, this tax season, New Jersey and other states will emphasize compliance with the rules around where someone is domiciled and has a responsibility to pay taxes.

“And the focus may be on a lower income level than they would normally focus on before because of this being the first year of the impact of lower (SALT) tax deductions,” he said. “I anticipate people will be looking for any way they can immediately get around that new limitation; states are aware of that.”

Some accountants, who might be in favor of better tax situations for their clients, also view the discussion about an exodus from the state as overblown. Gary Bingel, partner in charge of state and local taxation at EisnerAmper, tends to look at it that way.

“There’s a certain number of people leaving and going down to somewhere like Florida due to income and property taxes,” he said. “But just as many planned to go there no matter what when they retired.”

One thing all accountants agree on is that any outward migration from the state wouldn’t have a negative influence on local firms’ relationships with clients.

“The days of sitting down in person with a client and handing tax forms over piece by piece just don’t exist anymore,” Bingel said. “You can have a relationship with a client anywhere.”

The state’s tax incentive programs have gotten a cold rejection from local accountants.

In a survey conducted by the New Jersey Society of Certified Public Accountants, more than 55 percent of an about 500-accountant poll said New Jersey’s tax incentive programs weren’t effective in attracting companies and jobs to the state.

Ralph Thomas, who leads the organization, said there were two main complaints NJCPA members had.

“One, they thought it was complex in a lot of situations — something that was difficult to apply for and receive, as well as a compliance burden,” he said. “Two, I think they felt it was geared only to the larger corporations and, therefore, smaller businesses weren’t having the opportunity to benefit.”

Asked whether these accountants had experiences with the programs actually helping retain companies, well over half didn’t respond positively. There was a minority (less than 9 percent, however) that did say they lived up to expectations.

“So, there were some that had positive experiences,” Thomas said. “Overall though, people have reported having some problems with the programs and hoped they would be re-evaluated.”

Catching up with … Linda Bowden