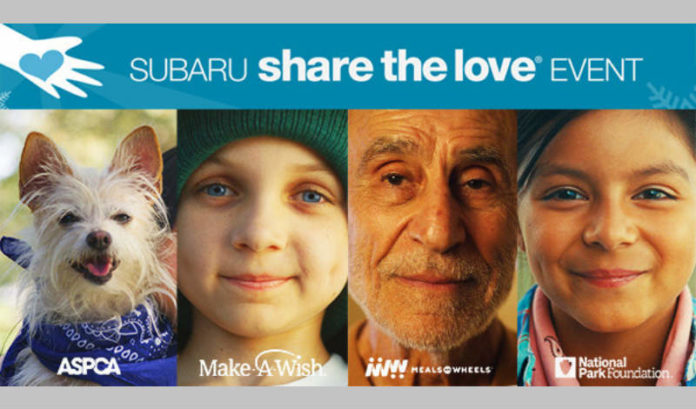 Subaru of America Inc., the auto manufacturer based in Camden, announced this week that its annual Subaru Share the Love Event led to $27.5 million for national and local charities in 2018.

During the event, Subaru donates $250 to the purchaser’s choice of charities for every new Subaru vehicle sold or leased at more than 630 participating dealers nationwide. Subaru contributed nearly $24 million in 2018, as a result, with local retailers generating more than $3.5 million in their own contributions. National charity partners received more than $10.1 million, while local charities chosen by retailers received $17.4 million.

Since 2008, the company has donated more than $140 million to national and local charities as part of the event.

“For the 11th year in a row, Subaru has continued its commitment to supporting the causes our customers care so deeply about through the Subaru Share the Love Event,” Alan Bethke, senior vice president of marketing for Subaru of America, said in a prepared statement. “Each charity involved positively impacts our communities nationwide, making us incredibly proud to have donated nearly $24 million to a host of national and local charities this year.”