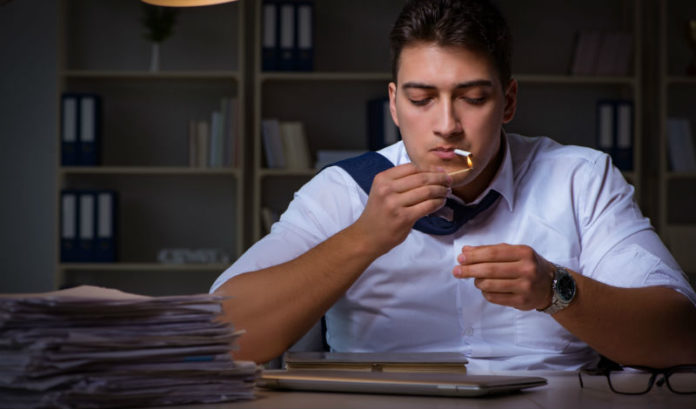 The legalization of recreational marijuana is closer to reality in New Jersey as a bill awaits its journey through the legislative process in Trenton.

What will that finally mean for employers if the bill becomes law?

Some lawmakers have said it means business as usual — whoever wants to continue enforcing strict drug-free workplaces can, and whoever wants to allow recreational use after hours or during hours can, too.

One major underlying issue for some employers is the expanded medical use, and the reasonable accommodation rules that apply to disabilities in the workplace, according to David Rosen, an employment attorney at Sills Cummis & Gross.

When employers are testing for drugs, marijuana will show up, but determining if a person is high on the job or is using after hours is hard to determine, he said.

Comparisons have been drawn to the use of alcohol, but Rosen said the difference is you can easily spot someone who is drunk and slurring and walking unsteadily.

And Jason Redd, an employment attorney at Gibbons P.C., said the type of work that is being done may be an even bigger factor.

“There are some places where, if you are under the influence of marijuana, it’s a much bigger issue than others,” he said. “Employers can still have a strict no-weed policy and this bill is not going to change that.”

Rosen said other states already have had to deal with such issues, and New Jersey can learn from studying those cases in order to understand which workplace issues might arise.

Here are five points ROI-NJ gathered from discussions with several employment lawyers from around the state:

“Those employers who are in industries that are extremely safety-sensitive,” Lindsay Dischley, an employment attorney at Chiesa Shahinian & Giantomasi, said. “I don’t see this as having that much of an impact because they are going to be able to maintain drug-free workplaces and have a zero tolerance.”

For instance, some employees may see the potential new law as giving them the right to use while on a break.

“I don’t think this bill is requiring that you have to allow people to go on a smoke break during the work day,” Dischley said. “I don’t see it going that far, or allowing people to bring marijuana into the workplace. The way I’m reading the legislation is, if someone is using marijuana off-duty, you can’t terminate them for using.”

Rosen said the issue is going to show a divide in old-school employer mentalities and new, as well as require some sort of education on the employer’s side of how to identify use versus abuse of the drug.

Whether it’s determining how to handle medical use or hiring based on drug testing, lawyers foresee a significant amount of legal activity as the law takes effect — if it’s passed in its current form. Documenting performance and deficiencies carefully will play a greater role in these types of cases.

“Employers are going to have to be very careful because, just like any discrimination, if someone is not hired or is terminated, and because they can’t imagine they are terrible at their job, they are going to say it’s because they use recreational marijuana,” Dischley said.

Does your company define drugs by the federal definition of controlled substances? You might have to change that. Employers also will have to change the handbook to reflect that the company won’t discriminate based on prior marijuana criminal records or testing positive for the drug. In addition, the use of medical marijuana, and how employees who are prescribed it will be allowed to use it, continues to be an issue.

The issue also will be an interesting one for multistate corporations, which have either already dealt with the issue, or will now have to for the first time with New Jersey.

“Corporate clients want to have uniform personnel policies,” Rosen said. “More and more, it’s becoming difficult to do that.”

A lot of the discussion around workplace issues ignores the fact that people do use the drug now — and likely are coming to work high or using it after hours. So, what really changes?

“(Some industries) have been shifting away from drug testing … and it’s just the nature of the workforce,” Dischley said. “If you want good labor, you can’t eliminate people who use marijuana because of the high rate of employees or prospective employees who are using recreationally, whether it’s legal or not.”

About your business interruption insurance: Why it likely does not include...