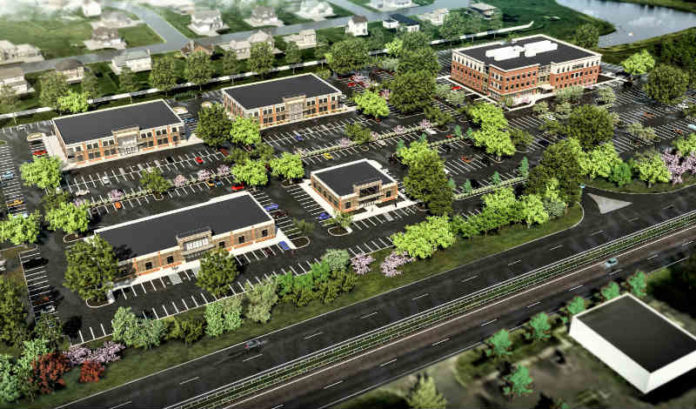 Johnson, a native of Trenton who caught 384 passes during a seven-year NFL career, is creating a 400,000-square-foot project that will include retail and medical office space. The most recent loan represents the third financing deal between Amboy Bank and K Johnson Enterprises.

“Throughout our 130-year history as an independent bank, we have never lost sight of the fact that partnering with inventive individuals based in our own local communities boosts our success and creates a positive impact across New Jersey,” Amboy Bank CEO and President Gregory Scharpf said in a prepared statement. “Having worked with Kevin since 2014, he has clearly demonstrated his commitment to his clients and his community, and we are pleased to provide support in this next venture.”

“Our relationship with Amboy Bank has grown into a true partnership,” Johnson, CEO of his Bordentown-based company, said in a statement. “They continue to see the opportunity, believe in my vision and invest with me to better the Bordentown community. We’ve come a long way together and intend to further strengthen that relationship well into the future. I look forward to beginning this next great project.”

Analytics firm merges with portfolio software provider; to stay based in...