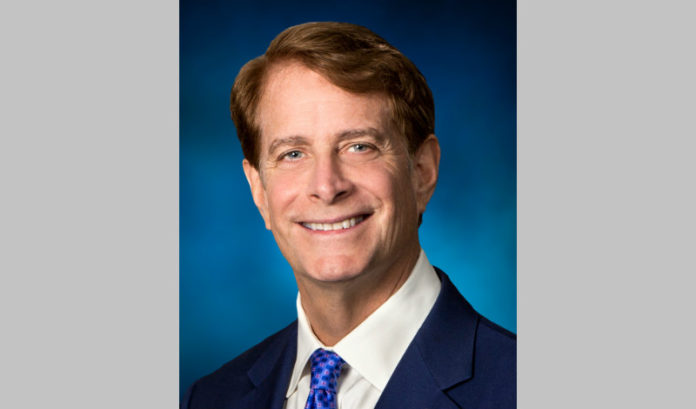 From unique partnerships to exploring out-of-the-box thinking on treatments to investing in ground-breaking companies at its innovation center, Hackensack Meridian Health has been a leader in big-picture innovative thinking in the health care space.

And, while CEO Robert Garrett has been thrilled to be identified as a national thought leader, he said he’s proud of the fact that Hackensack Meridian Health preaches that innovation comes in all shapes and sizes and from all areas of the organization.

“Innovation happens from the ground up,” Garrett told ROI-NJ. “We’re encouraging our 33,000 team members to be innovative in their own workspace. We’ve put what we call Bear’s Dens at each of our hospitals.

“They are there to encourage ground-up innovation and front-line innovation. Doctors, nurses, pharmacists, environmental service aids, anyone on the team can participate. It might be as simple as changing a process of moving a piece of equipment to actually developing something.”

Or, as simple as simply providing a screen to prevent patients from seeing the process of a blood draw.

Lisa Daverso, the supervisor of phlebotomy at HMH’s Riverview Medical Center in Red Bank, did just that: created a screen that’s called “The pup,” because it features pictures of dogs while blocking the view of the blood draw from patients.

“I lot of people are squeamish about giving blood,” Garrett said. “She developed a screen which can go right over your arm and it shields you from looking at the needle.

“That’s the kind of innovation we’re really proud of on the front line.”

And it’s just one of the reasons why Garrett will be honored with the Association for Corporate Growth New Jersey’s 2019 Corporate Lifetime Achievement Award at ACG NJ’s annual Corporate Growth Conference and Awards on May 2 at The Palace at Somerset Park in Somerset.

Garrett served as co-CEO of the new organization with John Lloyd before taking over as CEO this year upon Lloyd’s retirement.

The list of accomplishments for Garrett, who was ranked No. 1 in the ROI Influencers: Health Care list last fall, is extensive.

In January, HMH merged with the Carrier Clinic in what it calls an effort to transform the treatment of addiction and mental illness. The move is similar to the one HMH made in December 2016, when it entered into a 10-year strategic partnership with Memorial Sloan Kettering Cancer Center to develop an exceptional network-wide standard of care and to enhance research and discovery in the state.

Even bigger was the opening in 2018 of the Hackensack Meridian School of Medicine at Seton Hall University, the first private medical school in decades, a four-year program HMH hopes will revolutionize physician training.

The school is located on the former campus of Hoffmann-La Roche Inc. in Nutley and Clifton. The campus is also home to the Hackensack Meridian Health Center for Discovery and Innovation, which HMH hopes will attract leading researchers from around the globe who will advance knowledge of regenerative medicine, cancer and infectious disease and multiple myeloma.

The Hackensack Meridian Health board of trustees committed $25 million, a new revenue stream to help companies develop trailblazing products and services. The fund has supported two new technologies, including Pillo, a health robot for the home, and PurpleSun, the only company to develop technology with a 90-second disinfectant cycle utilizing a form of ultraviolet light energy to help reduce hospital-acquired infections.

Garrett said these moves are all fulfilling the organization’s mission of creating and supporting innovated ideas in health care.

“Our vision statement is all about innovation,” he said. “Innovation is in our DNA. If we are going to fulfill our mission to transform health care, you need to really be innovative.

“And you have to do it from the top down and the bottom up. That’s how you’re going to change health care in the future.”

Garrett said innovation is the key to the organization’s future success.

“One of the chief parts of my jobs as CEO is to be the chief innovator as well,” he said. “You’re not going to succeed as a company — whether you are in health care or any other sector — if innovation is not a core part of your business model.”

Diversity continues to be problem for accounting — and that starts...