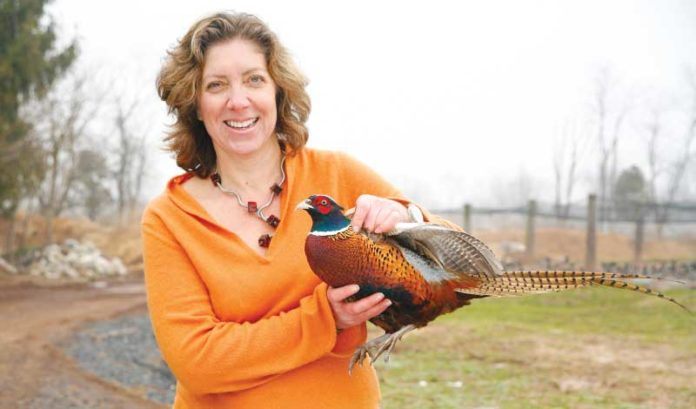 Ariane Daguin set out to become the first purveyor of humanely-raised gourmet game and foie gras in the U.S. in 1985.

But she said she never expected D’Artagnan to be the $130 million company it is today.

“The demand was high right away,” Daguin, founder and CEO, said. “So, we didn’t have time to look at the forest when we were (busy) looking at each tree in front of us every day.”

Though D’Artagnan has experienced more than 100 percent growth over the last five years and has quadrupled sales over the last decade, according to Andy Wertheim, president, Daguin said the company has and will continue to remain true to its mission, even while expanding to its fifth location nationwide, in Denver, this spring.

Born into seven generations of cooks and restaurant owners, including her father, Andre Daguin, a chef famous in France for his Gascon specialties, Ariane Daguin chose instead to study political science at Barnard College while working part-time at a pate company in New York City.

However, fate caught up with her in 1984, when a few farmers came in with ducks they were raising for foie gras, looking for a partner to help process and commercialize the whole duck — something Daguin already had been raised to do.

“It was the perfect opportunity to start developing a line of high-quality meats, coming from animals raised the right way, without medication or stress,” Daguin said.

Daguin invested $7,500 with her then-partner, George Faison, in a small piece of refrigeration in Jersey City and a secondhand truck to found D’Artagnan, named for the young Gascon hero from Alexander Dumas’ “The Three Musketeers.”

“At the very beginning, I thought we were going to be maybe a couple of retail stores or a charcuterie specialist in retail stores, but D’Artagnan truly took on a life of its own,” Daguin said.

Today, D’Artagnan continues to source products from beef to lamb, chicken to quail, pork to wild boar, and rabbit to venison, as well as gourmet food products such as caviar, truffles and mushrooms, from small-scale, free-range, organic farms and ranches who do not use antibiotics or hormones.

Daguin attributes much of the company’s success to her “magnificent” team of 280 employees, she said.

“Everyone is committed, engaged and passionate about what we do, and I think part of the reason is our philosophy and the passion behind what we stand for, which is sourcing excellent ingredients only from animals who are well-raised and from processors who are very particular in their butchering,” Daguin said.

Still, Wertheim said he had not previously heard of D’Artagnan when he came to work for the company in 2006, having spent most of his career in packaged goods.

“But what I quickly found was that Ariane had built a ubiquitous company in the world of food for chefs, picking up right where Julia Child had left off, walking not just right into four-star restaurants, but into their kitchens,” Wertheim said. “D’Artagnan was one of the best-kept secrets around.”

Wertheim said that also presented him with his biggest obstacle.

“While we were well known within chef circles, the challenge always has been to get ourselves more name recognition among a broader swatch of society,” he said.

“Food service will always be our legacy and who we are,” Wertheim said. “This company is about putting the best products on chefs’ tables.”

Especially because, in the beginning, Daguin said, chefs cooking in white tablecloth restaurants were very concerned about choosing the right ingredients.

“But now that this idea (of farm-to-table) has developed in other restaurant tiers, we have many smaller bistros and restaurants purveying meat from us,” she said. “Maybe it is not the same cuts, but they are from the same animals.”

“Our products are now being purchased by restaurants in the fast-casual space, while 10 years ago, D’Artagnan products were thought to be exclusive,” Wertheim said. “We have worked really hard to make our products more accessible for everybody.”

“We consolidated the number of SKUs we sell to retail, and that strategy seems to be working well,” he said. “It’s about taking great products that you can find in the finest restaurants and getting them into people’s homes.”

“For example, everyone gives wine or chocolates to their customers and employees, so we got together and figured out a way to market D’Artagnan charcuterie as an alternative corporate gift during the holiday season, too,” he said.

One of its fastest-growing business segments, however, is e-commerce, Wertheim said, due to the fact that it is growing nearly 30 percent and generating $15 million in annual revenue alone.

“Our website not only helps to generate sales, but also serves as a mouthpiece for our organization, enabling us not only to communicate to our consumers about the value of our products, but also what the story is behind them,” Wertheim said.

Finally, D’Artagnan has opened five warehouses in five years, starting with its relocation to Union.

“We have locations in Macon, Georgia; Houston, Texas; Chicago, Illinois; and will be opening a location in April in Denver, Colorado,” Wertheim said. “We also figured out how to get our products across the country with our own trucks, which has enabled us to open up new markets.

“We’re picking up and delivering our own products throughout the smallest towns and cities in the country all the way to Denver.”

“We get our products to chefs and retailers within two- to four-hour time windows 95 percent of the time, and, when you’re working in high-stress environments like our restaurateurs are, that is a must,” he said. 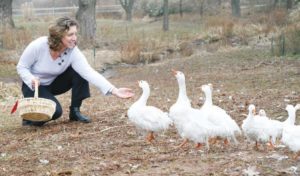 Wertheim said the next logical step is to move west of Denver — but how that will happen is still up for debate.

“We’ve partnered with JPMorgan Chase because we have some acquisitions on our mind, and, if those come into play, you may very well see us in some new geographical locations soon,” he said.

While the goal is to double in revenue once again over the next couple of years, Daguin said that, before it develops any further, the company must make sure it is set up with groups of farmers who are ready to grow with D’Artagnan.

“We have become more and more sophisticated in our ability to forecast, to be able to say, ‘OK, in another couple of months, we will need a new farmer in our group to raise another 40 Berkshire pork a week,’ etc., because we don’t want to push our existing farms to the limit of not having enough space for the animals,” Daguin said. “We simply will add farmers — and that is an easy path for D’Artagnan, because farmers have seen that when we say something, we do it; that we accurately define the quantities we will need every week; that we pay on time; and, because our system is transparent, we make the farmers happy.

“Raising heritage animals on more space is always more expensive — but we do not depend on commodity pricing. We set transparent prices with our farmers based on real costs.”

Wertheim said there is room for both principle and profit.

“We’d like to be the biggest small company in America while staying true to the artisanal mission that Ariane started nearly 35 years ago,” he said.

Andy Wertheim, president of D’Artagnan, said he and his team have worked a long time to get the messaging right for the company.

“And, through our consistency and behavior, we prove who we are every time,” he said. “We don’t compromise, even in the foie gras business. There’s a lot of noise out there about what foie gras is, but we know the truth when others claim otherwise.”

That is because on every piece of business D’Artagnan does, Wertheim said, the company makes an extra effort that people never see.

“They say character is what you do when no one is looking, and ours starts with Ariane Daguin, our founder and CEO,” Wertheim said. “I like to think the rest of us have adopted hers.

“Yes, in our culture, we are carnivores, but we treat our animals well, because we believe in sustainability and we care about what we put in our bodies.”

It was just a few years ago that D’Artagnan received an income tax credit with the state of New Jersey, Andy Wertheim, president, said.

That was turned directly into cash and benefits for its employees, Wertheim added.

“We raised our minimum pay to $15 per hour; we helped provide 401(k)s; we haven’t raised medical costs for our employees in five years; everyone here gets a bonus; we have training grants. And that is why we have low turnover,” Wertheim said. “Over the last five years, I’ve been able to promote 83 people from within our organization.”

To learn more about D’Artagnan, visit dartagnan.com or email d’artagnan@peppercomm.com.

Devco signs 1 of the 1st NIL deals with a Rutgers...