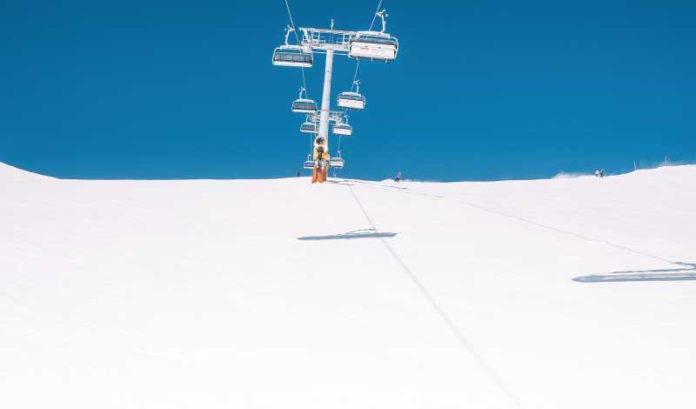 Here are the problems with the traditional elevator business pitch:

1. You never really know how long the elevator ride will last;

Newark Venture Partners appears to have found a way around them.

NVP, in conjunction with Propelify, recently had the most unusual networking event: Peak Pitch XIII, a two-day networking and social event at Mountain Creek Resort in Vernon Township.

The 13th annual event features an opening night of networking in the ski lodge with dinner, drinks (including a whiskey tasting), and fun and games (including a Texas Hold ’em tournament), followed by a day on the slopes, where it replaces the elevator ride with a six-minute ski lift pitch.

So said Chisa Egbelu, the co-founder and CEO of PeduL, an online platform where students can apply for thousands of scholarships with one common application.

“This event was really unique, because it’s set up like a retreat that has a business aspect to it,” he told ROI-NJ. “We’re there on the first night for dinner and a lot of networking. On the second day, it’s game time, in the sense of, now, it’s time to officially pitch on a more formal level.

“The reason this event is very different is because you really have the time to create these relationships over the two days instead of an hour, like most networking events.”

This is just what Thomas Wisniewski, managing partner of Newark Venture Partners, said the group intended.

“Peak Pitch is disrupting the model for pitch events, while bringing together top innovators in every industry,” he said. “We get everyone on skis, or around a card table — and, suddenly, the pretense drops, the guard comes down and it becomes more about building relationships than about a singular pitch.

“It’s a community-building event, where pitches happen organically — and in between adrenaline rushes.”

“Besides being one of the most unique startup events in the Northeast, we’re proud to give entrepreneurs an opportunity to build so many relationships with top-tier investors in just 36 hours.”

Egbelu can attest to that.

The 2016 Rutgers University graduate came to the event as his startup is finishing up its $1.2 million seed round.

He and co-founder Kayla Jackson left with four solid meetings that Egbelu said will help them meet their goal.

“Usually, you’re lucky to get one good meeting,” he said.

Egbelu and Jackson won the award for “best pitch” of all the groups. Egbelu said he felt the style of the event led to his team’s success.

“It was the most fun we’ve ever had at a working event,” he said. “Raising money and talking to investors is rarely a fun time, but when you get to do it while you’re snowboarding and you’re skiing and you’re in a lodge, it definitely makes it a lot easier.

“It was really great that everyone gets to see everyone else on a personal level. It didn’t have that structure of, ‘Hey, what, what value can you offer me?’”

Chubb makes unsolicited $23B+ offer for The Hartford