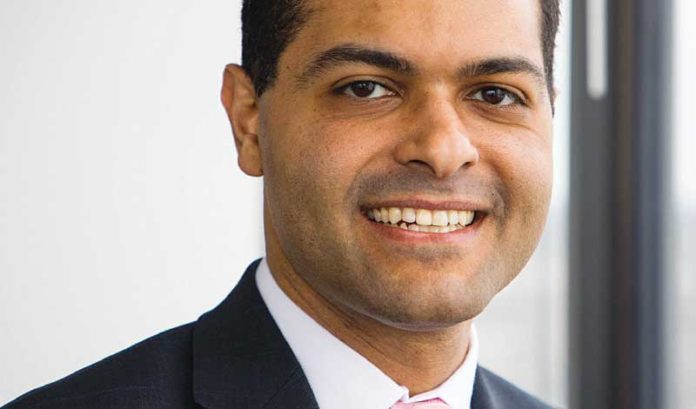 Making good on a commitment he made earlier in the year, state Department of Health Commissioner Shereef Elnahal published guidance Monday that he hopes will allow health care providers to better serve behavioral health and substance abuse patients in the same clinical setting as primary care.

Currently, regulations make it difficult for those services to coexist in the same facility, because there are different departments and agencies regulating these three sectors. Elnahal hopes this recommendation will set the tone for permanent regulatory changes he is pursuing.

In January, at the announcement of the merger of Carrier Clinic and Hackensack Meridian Health, Elnahal told ROI-NJ that the current regulations are cumbersome because they assume these health care services will only be provided in separate facilities.

He particularly noted that the rules of their buildout show the disfunction. Elnahal and others have specifically noted the specifications for hallway sizes, locations of janitor’s closets, separate waiting rooms and other such rules, which make it hard to build out in a hospital.

“That makes no sense,” Elnahal said in January. “It increases costs, it makes it harder to deliver the right care and it’s not evidence-based. So, the single license is among the most important things we are doing.”

The guidance released by the DOH on Monday was well-received by the mental health community.

Former Carrier Clinic CEO Don Parker said the rules not only are a welcome change, but will impact the bottom line.

“So, your inspection cost is tripled, your response to the new requirements is tripled, it triples everything that you do, so operations are times three. That means you have to hire more people for regulatory issues, for confidentiality, for maintenance — you name it, it’s triple. It amounts to almost 5 percent of our budget is just dealing with regulations alone.”

The New Jersey Association of Mental Health and Addiction Agencies CEO and President Debra Wentz also agreed it is a good interim step for the DOH.

“They are looking at what they have in their toolkit to increase access as they still move forward in the process for the single, integrated license,” Wentz said.

The guidance, she said, helps remove a barrier to care that has existed for some time, keeping parts of the health care industry in silos to the detriment of patients.

The new guidance helps indicate how the DOH is viewing and pursing streamlined licensing.

In the words of one behavioral health CEO, the guidance issued Monday is what providers need.

“What this does is, it moves behavioral health care into the world of health care,” CarePlus New Jersey CEO Joseph Masciandaro said.

The changes being pursued by the DOH, in coordination with the Department of Human Services, are being credited to a 2016 report by Seton Hall University, through a grant by the Nicholson Foundation, led by professor John Jacobi.

“They’ve published some informational materials on their website that I think does a lot to help health care providers pin down what the rules are, which might sound like a funny thing, but they’re really complicated,” Jacobi said.

“What the department has done, in a very transparent way, is describe to the regulated public what the Department of Health believes its regulations require. And that is a big step.”

Parker joked that the timing of the move by the DOH is personally beneficial — since it comes while he is still working in the field of behavioral health.

“It’ll make the last several years of my career special,” he said.

Newark is first city in N.J. to reinstate mask mandate