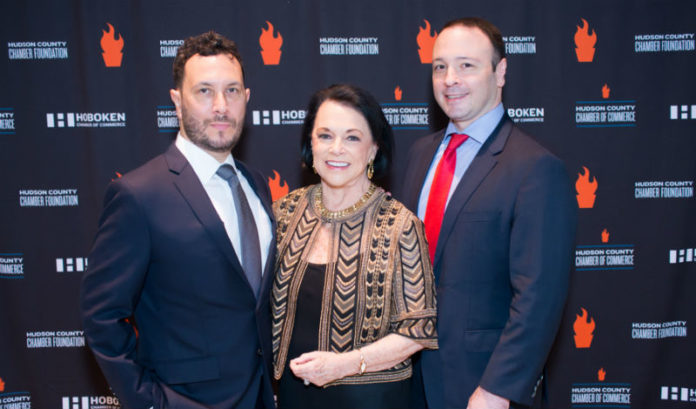 Marketing agency HarrisonRand announced Wednesday it has relocated its headquarters from Guttenberg to Jersey City.

“We’re proud of our heritage as a family business and the contributions we’ve made over almost eight decades to the growth of the state’s business community and Jersey City, in particular,” Daryl Harrison-Rand, CEO and president, said.

“Our family immigrated to Jersey City in 1882 and my father and I were both residents of North Bergen. Since 1941, we have worked diligently to serve the needs of Hudson County’s business community. Through the years, we’ve been involved with many of the region’s most important milestones, including the development of the Meadowlands, the growth of Provident Bank over 50 years and pioneering Transit Advertising.”

Brothers David Rand and Jason Rand joined the firm in 2009, the company said, after working as executives at various agencies and media companies in New York.

“My grandfather felt very strongly about our education and work experience outside the agency. David and I relaunched the agency because we saw a need in the community for a creative agency in Hudson County which was focused on digital and social strategies for the growing mobile population. It was time to invest a lifetime of learning in our business to help empower New Jersey,” Jason Rand said.

“In fact, our first accounts were all social media strategy. No other agencies in the state were offering that service” David Rand, media director, said. “Five years later we competed for and were awarded the contract for the branding of Jersey City. It’s an amazing milestone to see our hard work recognized by the community.  It was a natural for us to make the move to the city we had the privilege to help grow.”

HarrisonRand said it is best known for the iconic “Jersey City – Make It Yours” campaign.

“We’re really looking forward to getting even more deeply involved in the community and helping to serve the growing businesses here. It’s what we wake up thinking about — how to keep building a stronger Hudson County. As a community, we have so much to offer and this is only the beginning,” Daryl Harrison-Rand said.