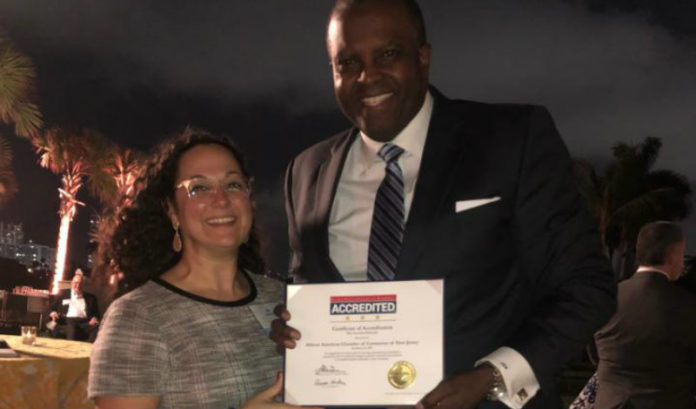 What that means, according to AACCNJ President John Harmon, is that the organization has been validated by the country’s largest chamber of commerce.

“It really speaks to perception,” he told ROI-NJ on Wednesday. “The (U.S.) chamber is this traditionally non-minority entity, and we’re now recognized as best in class.

“Hopefully, this should help us as we seek to foster relationship with New Jersey’s corporations, who, many of them, have longstanding relationships with chambers. And for them to know we’ve been accredited and recognized by (the U.S. chamber), I think that’s significant.”

Raymond Towle, the U.S. chamber’s vice president of political affairs and federation relations, as well as the chamber’s Institute for Organization Management, said the accreditation recognizes the hard work of chambers across the country.

“Each day, chambers of commerce are working hard to put the American dream within reach of every hardworking business owner,” Towle said in a statement.

“The accreditation designation tells chamber members, as well as the greater business community, this is an organization that has effective programs, sound finances and is a strong advocate for their interests.”