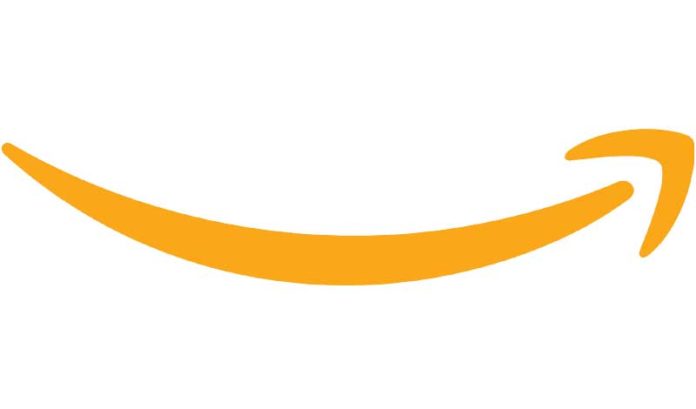 Interesting, but not totally unexpected developments that have been rumored about Amazon’s desired growth into food retailing may come to fruition very soon. According to a recent published report from the Wall Street Journal that cited unnamed sources close to the matter, the e-commerce giant, which owns the Whole Foods grocery chain and seems ready to take over the world, has made it known it’s interested in expanding its grocery footprint beyond the Whole Foods banner.

The yet-to-be-named chain’s first location could open as early as the end of this year in Los Angeles. According to the report, the chain would be a different concept from Whole Foods, carrying a broader assortment of products. The stores could target strip malls as well as open-air shopping centers for expansion and are planned to cover roughly 35,000 square feet each. Even more interesting, the report divulged that Amazon also plans to acquire regional grocery chains with around 12 stores in order to accelerate the new chain’s growth. Amazon is currently negotiating deals to open grocery stores in shopping centers located in several key U.S. cities, including San Francisco, Seattle and Philadelphia.

At this point, it is not clear how Amazon would position the new chain, but it seems more than likely it would be in line with a traditional supermarket. With ever-increasing competition coming from discounters like Aldi and Lidl that have popularized value pricing, a new brand could be more price-conscious while reaching a more mainstream demographic. This would allow Whole Foods to maintain its positioning toward the high end of the market, which it has worked so hard to cater to, and may curtail any further price cuts it implemented when the chain was purchased close to two years ago.

There are certainly lots of synergies that can be developed by the world’s largest online retailer from going deeper into the brick and mortar side of business, and here are a few examples:

Although the Garden State and our metro area was not initially mentioned in the proposed rollout, Amazon’s vast holdings here along with our dense population make it a logical choice. Many of our conventional grocers here in New Jersey, such as ShopRite/Wakefern, Acme/Albertson’s, Stop & Shop/Ahold-Delhaize have done a good job maintaining their margins and volume, and already offer online shopping options in the face of the 2017 Whole Foods purchase by Amazon. Now, this news could represent a new competitive challenge for them and other supermarket giants around the country such as Kroger, Publix and even Walmart. Many of these chains have strained their profitability as they struggle to insulate their businesses and have accelerated their rollout of store technology and more online shopping options.

As more developments continue to surface, we will keep our eyes and ears open to bring more details and, hopefully, a clearer picture of what our retail food landscape may look like here with a physical Amazon grocery store crashing the scene.

Congratulations to Larry Inserra Jr., the chairman and CEO of Mahwah-based Inserra Supermarkets, who was honored for exemplary service, philanthropy and leadership at the Montclair State University Foundation’s 2019 Annual Scholarship Dinner on March 9. The event attracted almost 350 Montclair State alumni, friends, benefactors and community members, who gathered in the Alexander Kasser Theater to raise funds for student scholarships.

The gala raised over $550,000 for scholarships that will provide financial assistance to hundreds of students of limited economic means. The scholarships will help provide students today, who will be tomorrow’s leaders, with the ability to pursue and complete their studies at Montclair State.

“We cannot do it without you, our friends and supporters, and our alumni,” said Susan Cole, Montclair State’s president. The presentation of the award followed, with Inserra Supermarkets and Inserra himself receiving the Rose and John J. Cali Award for Business Leadership and Community Engagement, presented by Rose Cali’s son, Michael Nevins.

I’m sure many may know of Inserra in his role with one of the largest supermarket chains in the metropolitan area, operating ShopRite stores throughout New Jersey and New York. What you may not know is the Inserra family has made a lasting impact to benefit students at Montclair State University through its generous support of initiatives including student scholarships, the Emergency Book Fund, athletics, the Coccia Institute, the Red Hawk Pantry, and the Theresa and Lawrence R. Inserra Endowed Chair in Italian and Italian-American Studies.

In addition to his many family business accomplishments and contributions to the university, Inserra provides leadership to a number of community and other business organizations. He serves on the Montclair State University board of trustees, is the chairman of Hackensack University Medical Center Foundation and is a member of the board of directors of Wakefern Food Corp., the Commerce and Industry Association of New Jersey and Lakeland Bank.

For more on donating to MSU, go to: montclair.edu/giving/.

The Horizon Diner, which has been a landmark on Route 17 in Ramsey for decades, recently closed its doors for good and will be replaced by the popular Chick-fil-A franchise. The Saites family owned the diner, and, according to Stafford Saites, the closure wasn’t due to any financial issues, but a decision based on lack of family interest to continue operating the business.

Saites told NorthJersey.com that her father, who opened the business many years back, is now 90 years old and there was no one else in the family, including herself, her brother and their children, that wanted to continue the family tradition.

“It’s very bittersweet for us,” she said, noting that some of Horizon Diner’s employees had worked with them for years. 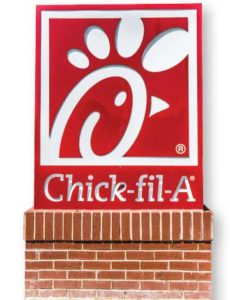 The building is now closed and will be razed to make way for construction of a modern Chick-fil-A restaurant, complete with a drive-thru window, once approved. The property sits adjacent to a parking lot for the Uncle Giuseppe’s supermarket that replaced the former Pathmark supermarket almost three years ago.

Once this location opens, there will be five Chick-fil-A restaurants operating in Bergen County: one each at the Paramus Park mall and Garden State Plaza in Paramus, one in Englewood (formerly a Wendy’s) and the free-standing (with drive-thru) eatery at Teterboro Landing, a new retail development built opposite Teterboro Airport on the old Curtiss-Wright property.

According to a report in late December 2018, Restaurant Business boldly stated that Chick-fil-A is now McDonald’s biggest competitor in the fiercely competitive Quick Service Restaurants space. The combination of menu choices and a focus on quality customer service has propelled the chain to launch many new restaurants all over the country. The ownership model is very stringent, though, as sources have told us that, out of close to 60,000 franchise applications, roughly 80 get approval from the corporate office. Also, at the corporate level, Chick-fil-A was just named one of the best large companies for women based on compensation and culture.

For more information on the ownership of Chick-fil-A franchises, go to its website at: chick-fil-a.com/franchising.

Some exciting food news coming from iPlay America. The popular indoor family entertainment and events center located at the junction of routes 33 and 9 in Freehold has upped its game on the food and catering side of business with the announcement of two new hires to help lead the facility’s evolving food and beverage team.

Adam Livow has joined iPlay America as executive chef and will be working closely with the vice president of food and beverage, Kevin Hayes Jr., to develop menus and set the culinary direction for Game Time Bar & Grill, the Event Center @iPA, and the new Top Golf Swing Suite. Additionally, Mathew Marini has been hired as the manager of Game Time Bar & Grill and Top Golf Swing Suite and will be focusing on the overall restaurant experience and leading the front of house staff.

“Over the years, iPlay America has become a destination for entertainment, games, events and fun in New Jersey. With our new menus, we’re now looking to establish the restaurant and Event Center as a true dining destination in the area,” said Livow. “New Jersey has a great food scene, and diners have come to expect quality food with an exciting flair, no matter whether they’re stopping at a fast-casual spot for a quick bite or celebrating at a fine dining restaurant. With the new menu at Game Time Bar & Grill, we’ll be offering guests quality and delicious versions of familiar favorites, with a twist. This, coupled with the fact that menu items are available at a price point that won’t break the bank, makes the restaurant itself a draw for a family meal or a friends’ night out.”

In his 15-plus years of food and beverage experience, Livow previously worked in kitchens for well-known New Jersey event venues, including the Grand Marquis in Old Bridge and the Radisson Hotel and Banquet Center in Freehold, and brings a variety of experience and new flavor to this position at iPlay America. He is a New Jersey native and earned his Grand Certificate of Culinary Education from the French Culinary Institute in New York City.

We wish “Chef Adam” and the whole new food and beverage team at iPlay much success!

To find out more about iPlay’s menu and corporate event space, check out its website at: iplayamerica.com.

Makerhoods, live/work program in which entrepreneurs create community, is coming to Newark

For young professionals, the old, stale business card is on the...