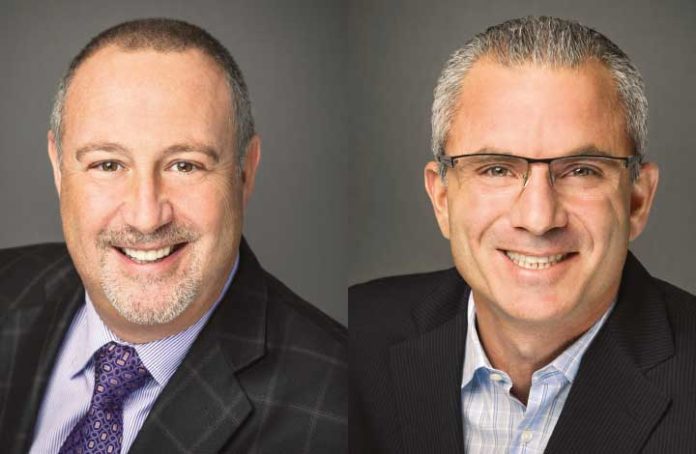 Gary Shiman, one of two current owners of Bellari Home Remodeling, has heard of many family businesses failing in the transition from the second to the third generation of ownership.

The company also somehow survived without having a single computer until 2003. Shiman, no Luddite himself, admits that’s unheard of.

But the fact that it changed has something to do with the family business surviving today, he said.

“The mark of David (Gropper) and I as the third generation of this company was to improve upon what was already coming through from previous generations, building on it with technology,” Shiman explained. “That’s important, because, without bringing something else to the table in terms of innovation or a change in direction in the organization, it’s hard to maintain a family business.”

Gropper is Shiman’s brother-in-law and grandson of Max Gropper, the company’s original founder. Gropper said the company started with his grandfather and his great-uncle, Jack Gropper, selling aluminum storm windows in downtown Somerville after World War II came to an end.

The second generation picked up the business in the ’60s and ran with it — going beyond aluminum storm windows, racing to fill a need in the postwar housing boom for many different homeowner products.

“Throughout the years, because of the growth of the surrounding areas, we really morphed into a remodeling company,” Gropper said. “Those original products put our name on the map, but we’ve transformed into a company that designs and builds much more.”

The owners of what was then called Somerville Aluminum also had identified that, as more families were moving from one income earner in a family to two, families had less time to take care of their home. So, they focused on the design and installation of maintenance-free products.

That direction catapulted the business from a limited Somerville operation to a full-service business that did kitchens, bathrooms, doors, decks and awnings across the region.

With the increase of scope and the business being passed down to its current third generation ownership, the company needed a rebranding. It went from being known as Somerville Aluminum to Bellari in 2018.

“That was gigantic for a 68-year-old organization,” Shiman said. “To wake up one day and say, ‘We’re doing great, growing tremendously, but our name is holding us back’ — it’s a calculated risk. But we believe it better reflects who we are today.”

It also reflects where the company actually is today. In 2013, it moved out of its longtime home in Somerville to a larger Branchburg facility and showroom, one the company calls one of the most comprehensive remodeler showrooms in the nation.

Bellari had been fueled with business around the period it moved into this location by the home rehabbing required by Superstorm Sandy, devastating as it was. The company had previously planned to move to a different base in Somerville, but it pulled the plug during the financial crisis of 2008.

Gropper and Shiman report that their business is doing well today. Bellari boasts increasing annual sales and experienced double-digit growth in 2018, even with the recent upheaval the duo has started to see in the remodeling industry.

“You’ve got the Home Depots and Lowe’s of the world entering into this market,” Shiman said. “But to say they’re competition would be the greatest misnomer. They got involved in our business only to the extent that they market to someone who thinks they’re handy enough to put things in themselves. But these companies are starting to find that doing installation is hard to execute correctly and accurately.”

Even if the third generation of the family business seeks to innovate — and buy a computer or two — Bellari remains committed to having a quality installation-based remodeling business instead of focusing on the supply side, where larger businesses still have the market cornered.

“We stay where we’re strong,” Gropper said. “A lot of homeowners looking for no-nonsense quality product. That’s what we continue to offer.”