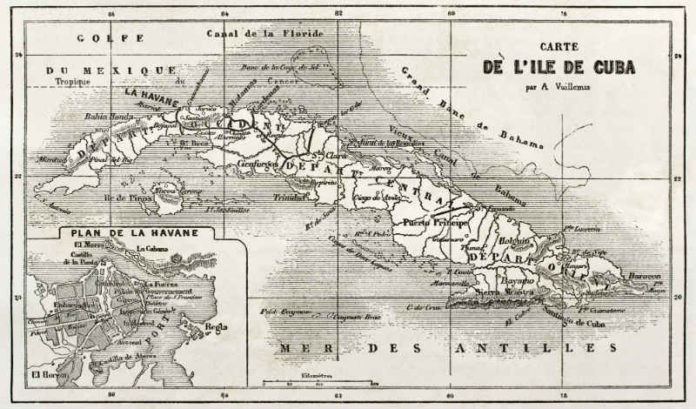 New Jersey will be the 19th state to establish a state council to build pro-engagement policies and urge Congress to lift trade and travel restrictions with Cuba, through the advocacy organization Engage Cuba.

The announcement Tuesday comes with a long list of legislative, local government and business supporters.

Notably absent from the list are Hispanic business groups and community leaders, with the exception of the executive director of Seton Hall University’s Joseph A. Unanue Latino Institute the CubaOne fellow in Montclair.

That is because Cuba remains a controversial topic for New Jersey’s large Cuban-American community, and by extension the Latino community, especially with New Jersey’s senior U.S. senator, Robert Menendez, opposing engagement with Cuba.

In a statement Tuesday, Menendez said the push to foster relations with Cuba weeks after the government recommitted to keeping the Communist Party in power was a fool’s errand.

“Having followed Cuba closely for decades, I find it frustrating to have to continuously remind folks of America’s role as a champion for human rights, and to continue cautioning against throwing an economic lifeline to a longstanding dictatorship,” Menendez said.

But a spokesman for Engage Cuba said the list is simply an inaugural one and they anticipate more support to come in.

“These are just the inaugural members – we expect membership to continue to grow significantly as we establish our advocacy in the state,” according to an emailed statement. “Our initial outreach was focused mostly on recruiting state legislators.”

But the controversial topic is something one of Engage Cuba’s founding members, African American Chamber of Commerce of New Jersey CEO and President John Harmon, understands.

“It’s a tough call for folks who have family who are still there who really, truly know the history,” Harmon said.

“So, they have some strong feelings. I respect that. I have mixed emotions, but support it because I feel, at end of the day, redemption should always be part of the conversation.”

But improved relations also represent an opportunity that other countries have taken advantage of.

Cuba has fostered relationships with other countries, such as Brazil, Canada and Vietnam.

According to Engage Cuba, with New Jersey being a top producer of corn and apples, there is lost economic potential.

Cuba spends about $150 million on corn and apples each year, and about $2 billion in agricultural goods.

“At a time when New Jersey is facing a billion-dollar budget shortfall and certain industries fall victim to trade disputes, opening up new markets is the key to strengthening New Jersey’s economy. But in order to create that boost for New Jersey’s industries and improve the lives of the Cuban people, Congress must lift arbitrary trade and travel restrictions that prevent U.S. competition in Cuban markets.”

Since New Jersey is home to 100,000 Cuban-Americans, and there are direct flights to Cuba from the state, there is an existing, strong connection that can be leveraged, according to Engage Cuba.

The founding members of the state council include:

“New Jersey has so much to gain from normalized trade with Cuba, while the status quo has failed to accomplish any of our objectives,” said Doug Palmer, former president of the U.S. Conference of Mayors and former mayor of Trenton. “Our state is uniquely positioned to increase exports to Cuba across a variety of industries, ranging from biotech to agriculture. Since the U.S. expanded travel to Cuba, our communities and universities have been engaging in meaningful contact with our Cuban neighbors. It’s time to bring U.S. policy in line with what the American people want, and to try a new approach in improving conditions on the island.”