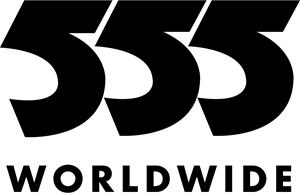 Downing, the East Rutherford-based corporation said, has joined during a key moment in the company’s expansion: This summer, Triple Five Group said, it plans to open its anticipated American Dream.

Downing will be responsible for the final touches and ongoing evolution of American Dream, Triple Five said.

“Ken’s appointment as chief creative officer for Triple Five underscores our commitment to providing guests with the highest level of service and style. He is one of the most well-known and well-respected executives in the luxury sector, and his leadership will only serve to strengthen our position of providing one-of-a-kind, world class destinations. Ken has a proven track record of working with designers and curating premiere consumer experiences – mixing the best in fashion, art, culture and design,” Don Ghermezian, president, American Dream, said.

Prior to Triple Give, Downing was the senior vice president and fashion director at Neiman Marcus.

“There are forces of nature and then there is Don Ghermezian of Triple Five. No dream is too big, no detail too small. These are the ideals that are the cornerstones of my career. Joining Triple Five as chief creative officer, leading the design, advertising, marketing, public relations and events teams on new, existing and future projects is beyond exhilarating. Together, with Don and the Triple Five teams, we will redefine the idea of redefining retail. I look forward, first and foremost, to contributing to American Dream. I assure you there is not another project anywhere that will rival its impact to the retail world,”  Downing said.