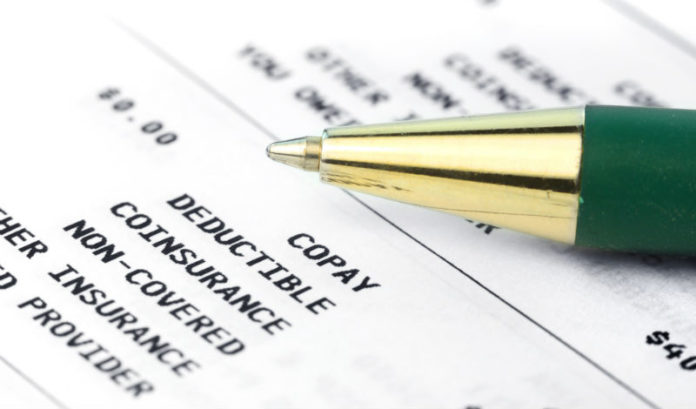 President Donald Trump’s push this week for the Affordable Care Act to be repealed and deemed unconstitutional in its entirety could help Gov. Phil Murphy’s case for a state-based health insurance marketplace.

Murphy announced last week that New Jersey intends to transition to a state-based health insurance marketplace, citing the ACA’s uncertain future at the federal level. But how that marketplace will sustain itself, and how it is set up within a short timespan remains to be seen.

The Murphy administration provided an explainer to health insurance industry officials that committed to mirroring the protections in the Affordable Care Act, which would provide the stability the industry craves and help maintain low premium increases.

The state-based marketplace would require legislation to be passed in time to reroute 0.5 percent of money sent to the federal government for the ACA for Fiscal Year 2020, in order to boost the state’s coffers and help set up the funding and the platform for the exchange.

Especially with the governor’s ambitious plan to begin a state-based exchange by 2021 — which requires plans be sold near the end of 2020.

Currently, the state sends $50 million annually to the federal government from a 3.5 percent premium tax on all insurers.

The tax is being reduced — as services such as outreach and others have been reduced — by 0.5 percent.

The state hopes to have legislation passed to capture that 0.5 percent for FY2020, and to reroute the remaining 3 percent the subsequent year from the federal to state government.

New Jersey Association of Health Plans President Ward Sanders said the ideal situation would be for everything to remain status quo, especially in light of the threats to the ACA from the federal level.

In fact, Sanders said the more concerning part of the ACA disappearing is the effect it would have on other industries.

“(There) is a huge piece of legislation that talks about restaurants, calorie-counters, hospitals — there’s a gazillion pieces in the Affordable Care Act,” he said. “If that is truly invalidated, it will have an enormous impact and we’re not sure what that looks like.”

The idea of setting up a state-based system has had supporters in the past, especially since the state already had its own version before the ACA became law.

The state estimated, when the ACA was first set up, that it would have taken 18 months and more than $40 million to set up and sustain.

But potential federal actions place a time constraint on the state, to maintain the stability in the market for insurers.

Linda Schwimmer, CEO and president of the New Jersey Health Care Quality Institute, said the state also is trying to set up a system without federal resources, whereas there had previously been federal funding available for setting up state-based exchanges.

Luckily, with the elapsed time, there have also been changes and improvements in technology, Schwimmer said.

“I don’t know whether it’s going to be different now, given that there’s technology that New Jersey can buy into or use, as opposed to creating something from scratch,” she said.

“It’s certainly that they have to consider if the governor is serious about moving forward. This will take significant time and costs.”

The most important cost to the system would be subsidies, Schwimmer and Sanders said.

New Jersey had its own version of a marketplace for individual and small group plans, as well as strong mandates for basic health insurance coverage before the Affordable Care Act.

So, there was access, just not affordability, Schwimmer said.

And the current subsidies come from a majority funding by the federal government. Without it, the state is on its own.

Sanders added that Medicaid expansion also is federally funded, with 90 percent paid by the federal government. The majority of marketplace enrollees qualify for subsidies.

“Eighty percent of New Jerseyans who purchase health care from the marketplace get subsidies,” Sanders said. “If that goes away and there is no federal funding, that’s a pretty big deal.”

The federal subsidies have been a game-changer and strengthened the insurance market, Schwimmer said.

“Now we have more people in the market and it’s healthier, but the main thing is helping people to buy plans,” she said. “The main thing is to make sure we keep getting those subsidies.”