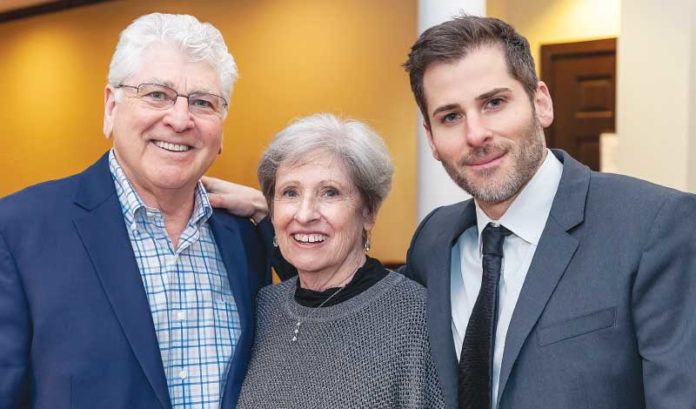 Barry Mertz, CEO of NAI Mertz, is as professional as they come. He’s a former attorney who now heads the largest real estate brokerage firm in southern New Jersey. So, it’s no surprise he’s all business when it comes to communicating.

But, when he speaks of the career of his son, Scott Mertz — now the second generation of the Mount Laurel-based brokerage business, which is an affiliate of leading real estate company NAI Global — his tone is more like Little League bleacher boaster than businessman.

He sounds like what he is: a proud father.

Family and business go hand-in-hand for Mertz, as well as his wife, Faye Mertz, who has long served in a chief financial officer-like capacity at the company.

In fact, it wasn’t that long ago that Faye Mertz was tucking Scott into bed before doing bookkeeping for the business — during its infancy, in the early ’80s.

“Our children were about 4 or 5 years old and Barry needed someone basically to pay the bills, and he taught me how to do the commissions,” she said. “We have twins, now adults, who I’d put to bed at night and go into the office and do as much as I could.”

She took up this line of work at Barry Mertz’s fledgling business after being employed as a medical social worker. He had the equally unlikely background of as a legal practitioner. He had gone from being a lawyer in Philadelphia to being offered a job at a global industrial real estate firm, the Hart Corp.

His experience there, and later at Trammell Crow Co., another real estate firm once active in the region, would lead him to starting his own operation in 1981.

Their business, formerly known as The Mertz Corp., started solely in the industrial real estate brokerage and property management sectors and then evolved to a more full-service commercial real estate firm that does about 2.5 million square feet of real estate each year.

Along the way, it linked up with NAI Global, a conglomerate of 180 worldwide real estate firms. It was one of the original firms to join NAI Global’s platform.

Throughout the years, the once-modest Pennsauken operation has grown to three offices and 20 licensed sales associates, many of whom have been with the firm for the past two decades. A significant number of them have built prestigious reputations in the New Jersey real estate community there.

The Mertzes entered a new chapter when their son, Scott, joined the firm in 2001. Needless to say, he figures heavily into the company’s succession plan.

“Under him, we’ve really started to transform into a second-generation business,” Barry Mertz said. “Scott’s one of our leading brokers that takes on the largest assignments throughout the Delaware Valley. … He even did a real estate deal in Germany recently (for NAI Global).”

Barry and Faye Mertz are still active with the firm. But Faye Mertz, who once wore a lot of hats as the de facto HR person and everything else on the company’s back end, has taken something of a step back. Bobbi Jean Formosa, who joined the local company’s executive team after working at NAI Global, has taken on many of her day-to-day tasks.

Even if Barry Mertz doesn’t have plans to retire — he doesn’t play golf or tennis, as he says — he sees the business as resting in the capable hands of his son and the firm’s other executives.