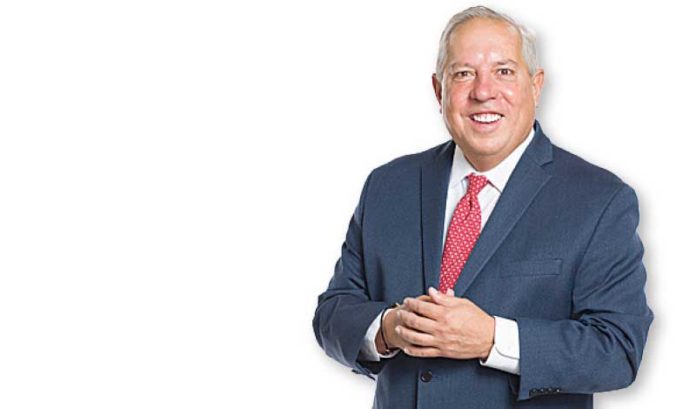 Every time the discussion of lifting the trade embargo with Cuba arises, the debate over how to go about it follows.

He did so after the advocacy group Engage Cuba released a statement with a long list of politicians and others supporting an economic relationship between New Jersey and the island nation.

It was a rare move to vocalize his opinion, Garcia acknowledges, but one he felt compelled to do.

“I never write a (news) release on any issue,” he said. “I don’t get involved. This is personal, obviously.”

Garcia says what many young Cuban-Americans, and those who see the more than five-decade-long embargo as a failed policy, are missing is the unintentional support of the communist regime in the process.

“(Cuba) want(s) the embargo lifted so they can have greater access to U.S. products and U.S. markets; at the same time, they don’t want to change anything internally to benefit the Cuban people, and most of the money that will flow through that will go to the party elite, and they are the only ones who really benefit,” Garcia said.

“It’s short-sighted to believe if you sit down and talk to them or help them, something will change.”

Garcia should know — he has his own story about the history of Cuba, and has been involved in several high-profile situations in the past.

He was involved with a group credited with helping tighten the embargo with Cuba during President Bill Clinton’s term, which was the result of a humanitarian aid plane being shot down.

Garcia was also part of the group that represented Elian Gonzalez — the then-5-year-old boy who fled Cuba with his mother in November 1999 on a boat.

His mother died on the way, and Elian was in limbo in Miami for seven months at his paternal relative’s home before he was removed in June 2000 by armed federal agents and sent back to Cuba.

“When he was in Miami, there was a whole fight between Cuba trying to make it about a father’s rights, because the mother died, and Cuba wanted to send him back,” Garcia said. “The people here said, ‘No, the mother and father were estranged. The father wasn’t the caretaker. The mother risked her life and lost her life to bring her kid to freedom and he should be able to stay here with this family members.’”

In fact, Garcia said, there was mounting support with the optimism that (Gonzalez) would, in fact, be protected by the U.S. government.

“We set up a college fund for him, secured housing, we were going to help support the family,” he said. “Then (U.S. Attorney General) Janet Reno, at the last minute, made the mistake of going in there and taking him out and sending him back to Cuba — which cost Al Gore the (2000 presidential) election.”

But stories like that over the years haven’t deterred those who dream of rebuilding ties to the island.

“It has a draw,” Garcia said. “Cuba is an enigma because it can continue to run as a communist country so close to the U.S. shores.”

But that doesn’t mean that it is possible to repair relations — as was evidenced during President Barack Obama’s attempts, according to Garcia.

“Anytime we’ve done anything to soften our stance (on Cuba), it hasn’t reduced the oppression,” he said.

Garcia came to the U.S. when he was 4 years old, during the Freedom Flights under President Lyndon Johnson. He and his mother were allowed in, but his father, who was born in Spain, was sent to Spain.

He didn’t see his father again until he was 12 years old.

His mother, a university professor in Cuba, became a seamstress in the U.S. and worked days and studied nights to eventually become a teacher again.

“She was the first bilingual teacher in the state of New Jersey,” Garcia said.

Garcia grew up in a time in New Jersey when Union City was known as the stronghold of Cubans — which has since transformed to include all Latinos.

He learned about his native country in depth through his thesis in college, and became an active member of the community.

“Nothing’s really changed,” he said. “That’s the crux of the issue. If they’d be willing to make some changes governmentally, and open up their own opportunities for the Cuban people to share, then I’d be willing to engage with Cuba, if they were at that level. But not like this.”

State to permit alcohol delivery to your door