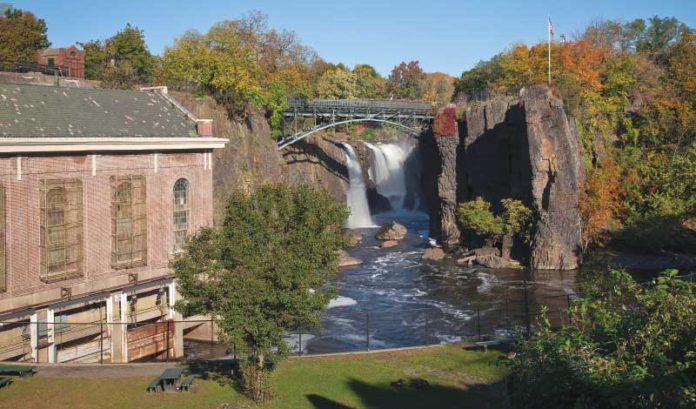 For Paterson Mayor Andre Sayegh, it’s all about legacy.

Sayegh, who took the oath of office July 1 as the first Arab-American to hold the top job in Paterson, said he hopes to leverage the city’s glorious past — it was designed by Alexander Hamilton as the first industrial city in the country — into a better future.

And he’s saying that to everyone and anyone in the economic development and investment world.

Sayegh has become a fixture on the networking circuit in an effort to bring recognition — as well as capital investment — to the state’s third-largest city. (I’ve seen him at three events in the past month alone.)

Sayegh said he feels it’s important for him to be out there, touting the city.

“I see myself as more than just a mayor,” he told the audience at the recent New Jersey Future Redevelopment Forum in New Brunswick.

“I’m the brand ambassador, I’m the head of sales and I am the cheerleader in chief — and I’ve got my Paterson pompons on display today.”

Sayegh’s energy and enthusiasm is needed.

Paterson has its share of challenges. Sayegh inherited high debt, not enough employment opportunities and a series of government scandals that has led to two recent mayors being arrested on corruption charges and an FBI investigation of the police department.

Sayegh, who served on the city council for 10 years before becoming mayor, has been telling crowds that economic development and investment is the key to turning around the city.

Here’s a look at some of his statements — and sales pitches — at recent events:

On the city’s outlook:

“We’re looking to play to our strengths in Paterson.

“We’re looking to rebuild the city, so the first thing we did was rebrand the city. Paterson is the home to the Great Falls, great food and we have a great future.

“The Great Falls speak to the history of Paterson; it’s where Hamilton had the vision to create the first planned industrial city in the country.

“Alexander Hamilton is the all the rage because of the musical. We want to leverage that. We had over 300,000 people come to Paterson last year. We want to create a first-class visitor and education center in that area to attract even more tourists.

“And, at the Falls, we can envision a food hall. We’ve talked about our culinary culture, becoming a destination for foodies, that should happen there as well. There should be entertainment by the Falls. And, also, a hotel. A city of our size, we don’t have a hotel, unfortunately. That will be a job generator as well.”

On the city’s diversity:

“We want to play to our diversity. We have one of the largest Muslim populations in the country in South Paterson. It’s a very vibrant business sector that I affectionately refer to it as the Halal Meat Packing District.”

“We talk about the city having good bones; now, it’s time to put some meat on those bones. We have a train station; unfortunately, it’s underutilized. But, through that transit-oriented development, we could attract the millennials, or Generation Z, the next face that will be coming into urban areas.

“We have a new urban agenda in Paterson. We’re looking to do more transit-oriented development and send a message to developers that we are open for investment.”

“Just recently, (Gov. Phil Murphy) announced plans for the innovative economy, and we embrace it wholeheartedly. The governor was in Paterson a couple of weeks ago to announce the historic (preservation) tax credits. We’re going to leverage those as well.

“We have $130 million in state tax credits that we are looking to utilize relatively soon.

And sees how Paterson can benefit from the fact that other nearby North Jersey locations are starting to run out of real estate options, especially affordable ones. He said Paterson is ready to take advantage of that.

But, in doing so, Sayegh said it is important to remember those who helped create the city — and to make sure they are not left behind.

“We have three legacy projects that we are laser-focused on making sure that they manifest for our city, but we also want to focus on equitable growth, as well.

“We want to address the affordable housing issue appropriately, so we’re looking at mixed-income as well as mixed-use.”

Simply put, Sayegh is open to all opportunities.

“Clearly, we are in growth mode and we’re looking to leverage legacy assets and transform them into legacy projects,” he said.