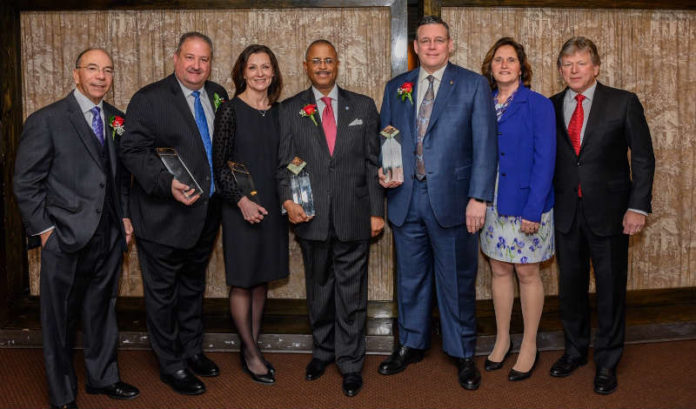 The New Jersey Food Council held its annual Night of Distinction on Thursday at The Palace at Somerset Park in Somerset to honor four members and their achievements in New Jersey’s food industry.

The council’s members range from consumer package goods giants like Unilever to Coca-Cola, and include almost all of the Garden State’s food retailers, from ShopRite, Stop & Shop, Wegmans and more.

This year’s class of honorees were:

The evening kicked off with opening remarks by both Linda Doherty, president of the Food Council, and Richard Saker, its chairman.

This evening is usually referred to as the “who’s who” of the grocery industry here in New Jersey.

This year marks the 50th anniversary of the New Jersey Food Council, and a big gala to celebrate this milestone is slated for Dec. 5 at The Chateau in East Brunswick.

Hugs for Brady, fighting pediatric cancer with love and joy