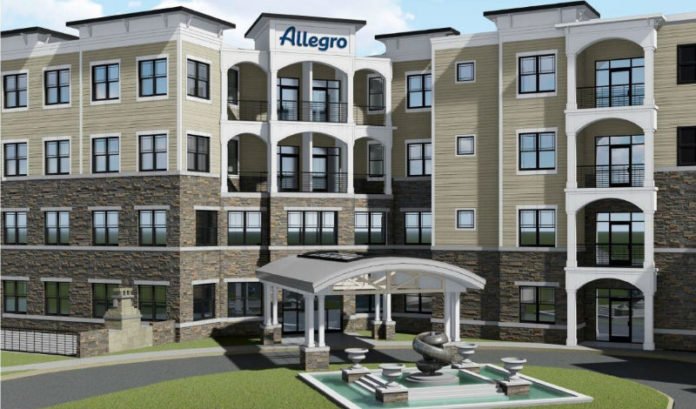 The parcel is a 68,000-square-foot, three-story office building locate at 200 Old Hook Road and situated on 9.2 acres.

The property is planned to be redeveloped into a senior living facility by Allegro and its joint venture partner, United Way. The pair received approval to construct 83 senior independent apartments and 92 assisted living units, including 25 memory loss units, on the site.

This will be Allegro’s first facility in New Jersey, it said. The company specializes in the development and management of luxury retirement communities.

“The existing property at 200 Old Hook Road was emblematic of New Jersey’s ongoing issue with functionally obsolete and vacant office buildings,” Somple said. “Before Suez/United Water vacated the property, we knew this space had little chance of seeing life as an office building again. However, through creative marketing of the property, we were able to secure a buyer who will redevelop the land and bring a much-desired and ratable asset to local community. Unfortunately, the regulatory approval process took longer than anticipated, but in the end, it was a win-win for all parties involved.”

Onyx on Gateway transformation in Newark: ‘We’re as committed as we’ve...