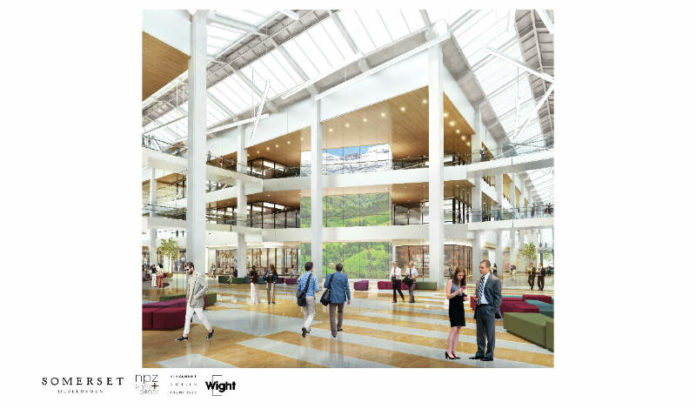 Are you ready for Bell Works II?

Ralph Zucker and Somerset Development are. And so are officials in Hoffman Estates, Illinois.

Zucker, the CEO and president at Somerset who did what few in the industry thought was possible — turning the outdated Bell Labs property in Holmdel into Bell Works — is now ready to do it again.

Somerset Development announced Thursday it has officially completed the acquisition of a 150-acre property in Hoffman Estates, with plans to turn the vacant former AT&T corporate campus into Chicagoland’s first “metroburb” — a self-contained urban core in suburbia.

“This property serves as an ideal canvas for the kind of dynamic, urban-inspired destination we have successfully created at the original Bell Works,” Zucker said in a statement.

“We are tremendously thankful to the village of Hoffman Estates for believing in our vision and look forward to working together to revive this property and usher in a new era of prosperity for this community.”

Unanimously approved by Hoffman Estates officials in January, the approximately $200 million redevelopment plans for Bell Works will create an exciting, walkable downtown-style centerpiece for the Village, complete with 1.2 million square feet of office space, 60,000 square feet of conference facilities, storage and amenities, and 60,000 square feet of restaurant and retail space.

The current three-building, 1.65 million-square-foot campus has been vacant since 2016.

Bell Works’ location in Chicagoland will draw inspiration from Bell Works, Somerset Development’s acclaimed reimagination of the former Bell Labs facility in Holmdel, which it launched in 2013.

Once the country’s largest vacant office campus, it has now been transformed into a thriving metroburb, creating a new model for the revitalization of abandoned former single-tenant corporate campuses.

Since its opening, Bell Works has completed more than 1 million square feet of commercial leases, including approximately 90 percent of its office space. Today, the building is home to over 70 signed tenants and welcomes thousands of workers daily, in addition to regular visitors from the surrounding community.

The building is also home to a state-of-the-art conference and event center and future 186-room rooftop hotel, as well as public amenities including Holmdel’s public library and the Holmdel Montessori school.