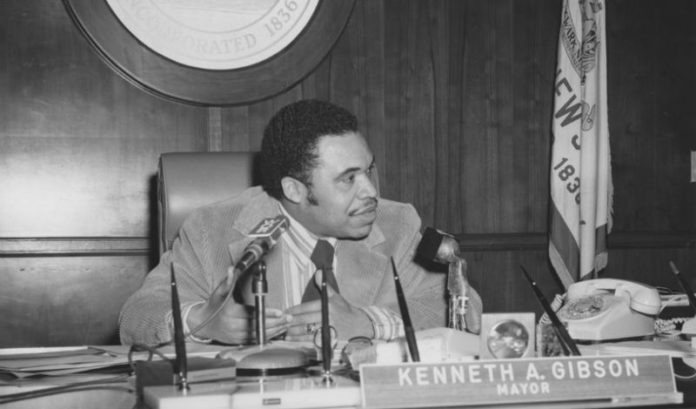 For him, Newark isn’t the place he finds his constituents, but the community he calls home.

And, as someone who has seen the city in some of its best and some of its toughest times, he always has made a point to salute and give credit to those who came before him.

Former Mayor Ken Gibson came up often in his comments.

Baraka remembered him Friday, upon the news of Gibson’s passing at age 86.

“Today, the city stands still as we mourn the passing of one of our trailblazers,” Baraka said.

Gibson was elected mayor in 1970 — just three years after Newark was torn apart by rioting that impacted a number of cities across the country.

He held the office for 16 years. And, while he did not match the charisma of those who followed him — Sharpe James, Cory Booker and Baraka — Baraka said his impact was just as great, just as important.

“Mayor Kenneth Allen Gibson, first black mayor of a major city along the Eastern seaboard,” he said. “1970 was a year of transition and difficult times.

“Mayor Gibson, as we all are, was measured by his ability to remove a foot that has been on our neck for centuries. His paved the way for every major African-American elected official in this state and many places around the country. He said, wherever the country goes, Newark will get there first.

“He understood our place in history. And, still, decades later, as many of us still try to figure out the origin of our problems and wallow in self-hatred, blaming each other, Ken started believing in us years ago.

“His sacrifice was great. He made himself a target so that we have the right to see this city in our own image.”

Gibson was lauded by other elected officials.

James: “Mayor Ken Gibson was our beloved, unflappable, trailblazer hero who never sacrificed principles for political expediency. With that warm and friendly, cheeky smile, Ken was a man’s man.

“He wore Newark, honesty, integrity and courage on his sleeves. As my friend, confidant and mentor, Mary and I will miss him dearly.”

Booker: “Mayor Ken Gibson was an incredible man. Newark wouldn’t be where it is today without his steady stewardship. As the first African-American mayor of a major city here in the Northeast, he was a big inspiration for me and countless others.”

Essex County Executive Joseph DiVincenzo: “Ken Gibson is part of Newark’s history. He led the city during a difficult time, worked hard to find common ground among the city’s diverse population and his contributions laid the foundation for Newark’s recovery.

“Ken was a true Newarker who influenced me as a public servant and, most importantly, he was a friend.”

Gov. Phil Murphy: “In the aftermath of the Newark Uprising, Mayor Gibson restored stability, promise and pride to a city that needed all three. He was not only the first African-American mayor in Newark’s history, but the first to lead any major Northeastern city and the first to serve as president of the U.S. Conference of Mayors.

“An engineer by training, Mayor Gibson focused on issues of economic equality, fair housing and public health, and it was in his administration that a young woman named Sheila Oliver started her career in public service, as director of the Office of Youth Services and Special Projects. The striving Newark of today first began to take shape under Mayor Gibson, and the city’s future successes will, in no small part, find their foundations in his work. Our prayers go out to his wife, Camille, and the entire Gibson family.”