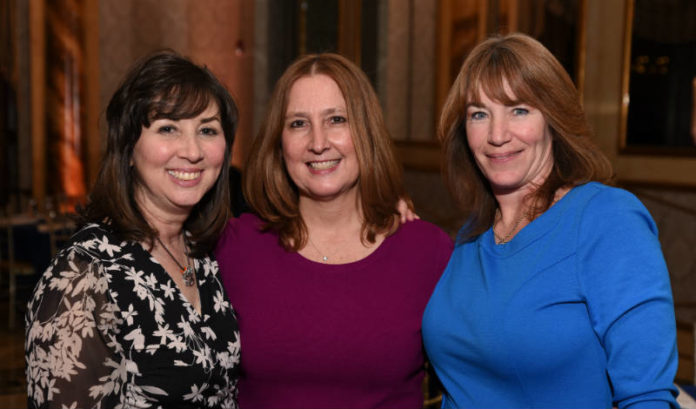 Having an all-female executive team isn’t new for Comprehensive Behavioral Healthcare — in fact, it’s the history of the company coming full circle.

Susan Devlin, who was just named executive director after Peter Scerbo stepped down after 49 years, said one of the founding women of the agency noted that, in celebrating its 50th anniversary this year, the agency has returned to its roots of being run by all women.

“I don’t think either myself or Cheryl or Andrea, I personally didn’t give it that much thought, because it’s just what we’ve been doing for so long together,” Devlin said.

Devlin has been with the organization for 29 years. Her associate executive directors are going to be Andrea Hickey and Cheryl Tormo — both of whom have approximately 30 years with the company as well.

“When we all came here, none of us were married, none of us had kids — we didn’t have any of that stuff going on,” Devlin said. “We really grew up, not just as people, but in every way possible. We are very like-minded as far as what our mission is.”

The trio will be leading an agency that has come a long way from its roots.

A women’s club in Lyndhurst started the agency when responding to a priest’s need to address abuse in the community, according to Devlin.

“The group of women pooled their money — and the story is they had less than $14 and they started our agency,” she said. “We are a very grassroots, homegrown company. But we are now a $23 million company with less than 500 employees.”

The agency serves 200 people on an outpatient basis every day.

When asked if it was a big deal that three women are at the helm, Devlin said she didn’t really even think about it.

“The field itself is female-dominated,” she said.

Health care overall is female-dominated, but rarely are women in leadership roles, experts have said. Devlin said that, because she has worked with the agency her whole life, she saw a much fairer world than what was happening in the industry.

“I grew up here, so I guess I grew up in a very different mental health world,” she said. “Not that we were isolated from the bigger picture, but it really was and is a big family. There was a fair and equitable way of doling out positions (here) because we had Pete at the helm. He was always incredibly fair-minded about things like that.”

So, what has changed in the nearly 30 years she has been there?

Devlin started as a hospital liaison when Bergen New Bridge Medical Center was known as Bergen Pines Regional Medical Center. She eventually made her way up through the ranks.

In that time, there has been greater focus on mental health in children, and more understanding from the general population about mental illness.

“I see a little change in folks becoming a little more accepting and at least trying to make the attempt to understand, where, before, I don’t think that really happened,” Devlin said.

“It can hit anyone, whether you have a whole lot of money or if you’re educated or not educated at all — there are no boundaries here, unfortunately.”

That has translated into an uptick in business overall for the agency. Especially during holidays and at the start of the school year, she said.

But, even though more people are willing to seek help, there are still cultural barriers — a problem in diverse Bergen County.

“With respect to certain cultures — for example, our Hispanic communities — it depends on who is reaching out and working with (the patients),” Devlin said.

“I think you need to be culturally sensitive and have the understanding of the approach we need to take. We need to understand their core beliefs and how you help them understand to let us help (them) get treatment.”

Having the mindset of being culturally diverse when hiring has helped as the region continues to grow in diversity, Devlin said.

And it translates to new and unique experiences on a daily basis.

“Every day is a different day,” she said. “It’s just the nature of what you’re doing.”